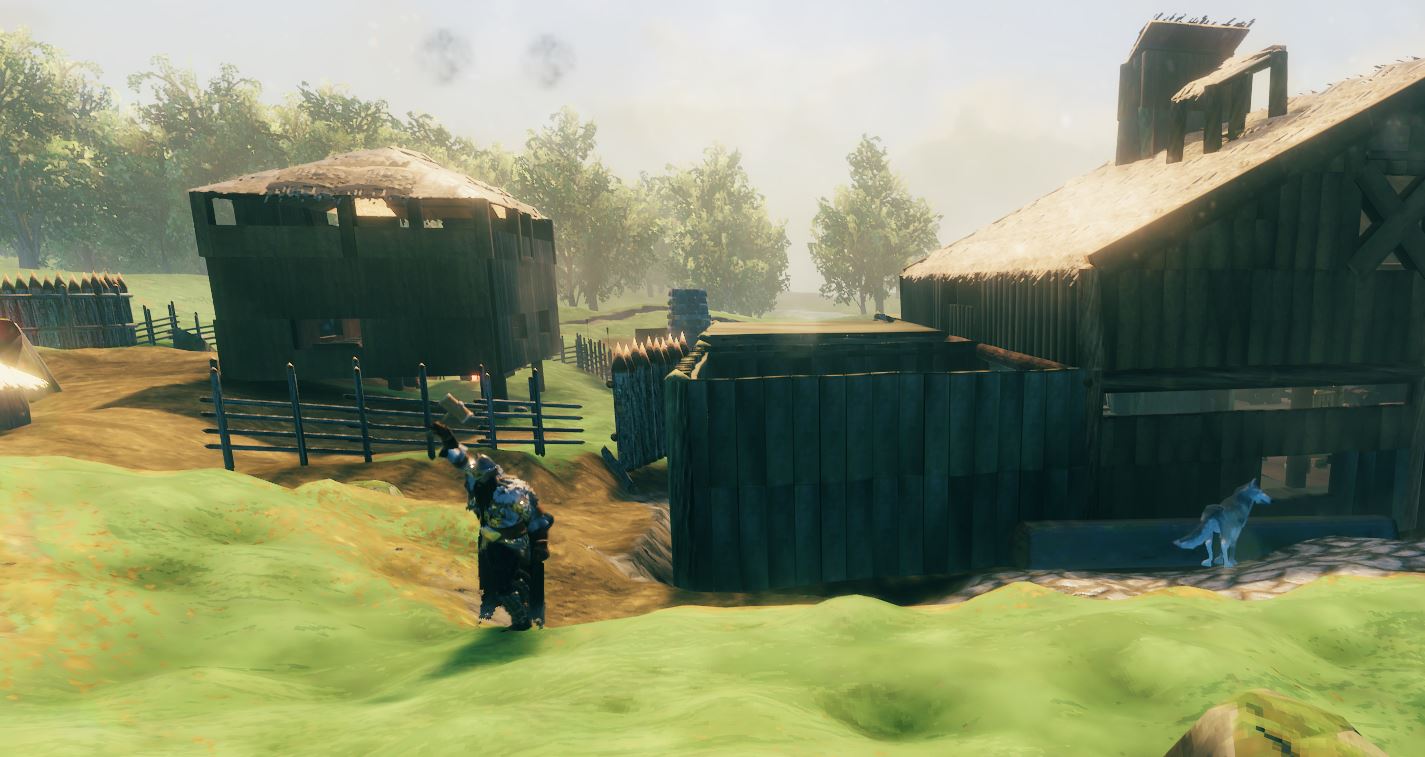 In Valheim you might come to a point in your base-building career where you decide to do some renovations. Fear not as I’m going to teach you how to dismantle items and buildings and get back your resources.

Whilst Hugin the raven does a great job guiding the player through some of the new parts they discover in the game, one thing he doesn’t go into detail about is the building mechanics. Structures can be built and repaired using the hammer but did you know that you can also break down and dismantle pieces that you no longer want in a position?

Whilst you have a hammer equipped, looking at an object and pressing in the middle mouse button, (the scroll wheel), will break down that object. If you decide to dismantle an object this way you will get all of the resources back that you used to craft the object. For example when you build up a wooden wall it will cost you 2 units of wood to build. By dismantling the same wall you will have your 2 pieces of wood returned to you. It’s great that the game does not punish the player for placing an object in the wrong spot, or deciding to move an object later on.

To move the object, you will have to break it down, collect up the materials and craft it again in the place that you want to move it to.

Dismantle/Break Down Weapons and Armor

You may come to a point in Valheim where you have advanced your weapons and armors and wish to move on. If looking for resources is too time consuming, the ability to break down weapons and tools that are no longer in use would be invaluable to players. Unfortunately there is no way in the current version of Valheim to break down or recycle weapons and armor.

If there does become a way to do this in a future update, this page will be changed to show exactly how it can be done. This is one of the most highly requested features from players in Valheim and it wouldn’t surprise me if part of the Hearth and Home update, (which is the first major update coming to Valheim as seen in the Valheim 2021 Roadmap), featured a way that players could break down old weapons and armor to return at least some of the resources used to craft and upgrade it.

For now you are going to have to store your unused weapons and armor in a chest or up on the wall like the picture above. If you are having storage issues and simply want a way to remove items, check out this guide on how to delete items permanently.

Related: How to Use Chat and Emotes in Valheim | How to Fish in Valheim