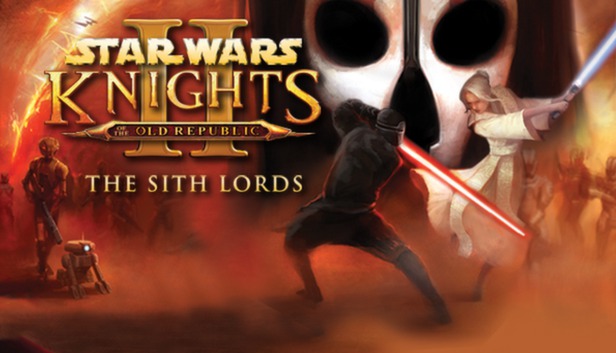 In this list ill be naming my top 5 Star Wars games of all time. These games span across different game genres, from RPGs to first person shooters, I’ll be talking about why I think these are the best Star Wars games.

Republic Commando is a first person shooter game where you play as an elite Clone commander and have control over your squad mates as well. The game delivers a fantastic story in a very beautiful game world. From the HUD to the sounds design, world to gun handling, the game is beautifully immersive and does a fantastic job planting you in the shoes of a role not so often played in the many Star Wars games.

There is a very large array of weapons and a great range of enemies to defeat. Some of the locations in the game will be very familiar to fans of the series, such as Genosia and Endor, and introduces some places never seen before.

Star Wars battlefront 2 is a sequel to the also-fantastic Battlefront. The gameplay features both first and third person shooting as well as vehicular combat. The story mode also follows the story of a clone trooper through places known in the original Star wars trilogy and sequels. It features battles over large maps with seamless vehicle and turret operation. Not only featuring a large range of classes to choose from, there is a great range of modes with instant action, story mode and my personal favorite, Galactic Conquest.  Galactic Conquest is a strategy (board game-like) where you control a character piece and attempt to take over all of the planets in the galaxy by taking turns with the AI. It features both land and space battles and is a beautiful gem of a game.

This reboot of the original sequel fell with a dreadful reception when it first came out with one comment from a developer having the most down voted comment of all time on Reddit, when speaking about the games in-game monetization methods. But even after that hard reception the game has turned around and evolved into a game that a lot of fans are now singing the praises of.

The game is absolutely beautiful.  As far as Star Wars games go it is, to me, the most beautiful and most immersive Star Wars game to date. There is nothing like running under an AT-AT in first person while someone shoots a rocket and blows it up. The sounds, the particle graphics, the weapons. The game is beautiful and amazingly fun when you just want to pick something up and not think too much.

2: Star Wars: Knights of the Old Republic 2: The Sith Lords

This turn-based story RPG is a sequel to one of the greatest games of all time. You create your own character in this DnD inspired rpg and set off among the stars. The game fell amongst a rough reception due to its rushed design and a lot of people reported choppy performance and a great deal of bugs on release.

The writing in this series is, to me, unrivaled. Every character has a story to tell and a great amount of depth to them. The game has an alignment system that allows you to be the Sith you always dreamed of, with a branching story to boot. The characters you have in your party will also interact differently based on your choices. The game is coming to Android and the iOS store.

This is my favorite game of all time. Period. It is, as the 2nd, a turn-based party RPG. Developed by Bioware it remains one of the greatest games of all time. The story is absolutely incredible and the character writing makes you really care about what you do and say. (I’ll save you Mission)

You travel to many beautiful planets, exploring and questing away and you are free to do the main quests in any order you want. You will visit planets like Kashyyk and Taris, looking for ‘Star Maps’. I won’t spoil any more. Go out and buy this game and play it! Read my full review here.

So how did you find the list? Anything you think i may have left out? Let me know by leaving a comment down below and tell me your favorite Star Wars game and let’s just all be geeks together.