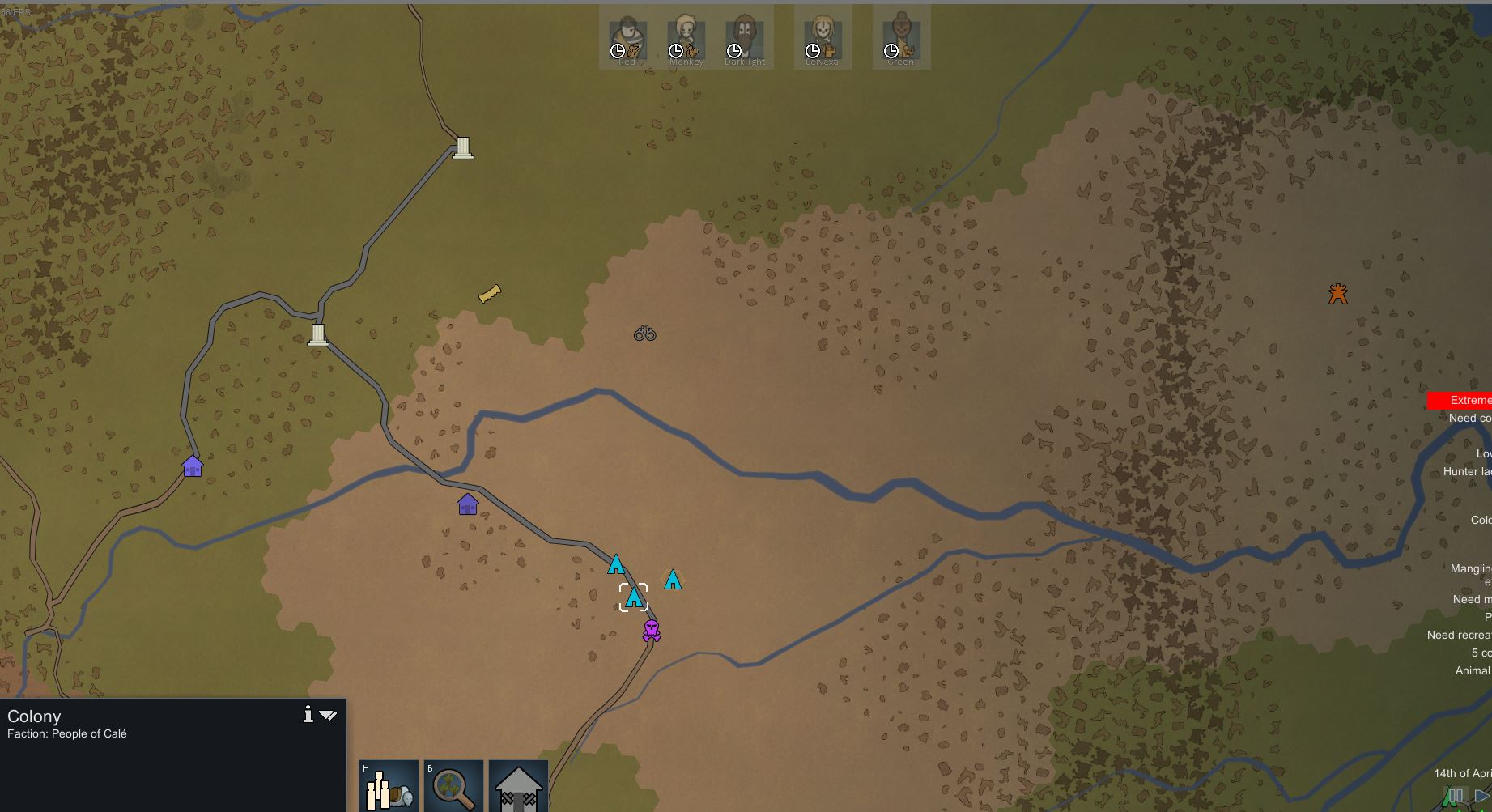 In Rimworld you are in charge of building and managing a thriving colony. You will be dropped down on a strange planet and have to use everything you find to build a roof and feed your colonists. One feature of the game is the ability to have multiple colonies. You are not just limited to one colony.

This guide will show you how to start a second colony in Rimworld. In fact, you can have even more than two colonies. If you have the mindset to manage them all that is….

In the vanilla game of Rimworld you have the ability to have more than one colony. By default this may be turned off or limited to a small amount of colonies. This is because the more colonies you game is running, the more computer power will be used. Low-end PCs will not handle many colonies running at the same time.

To change the maximum amount of colonies you can have at one time in Rimworld, first open up the settings. (You can open up the settings from the Main Menu screen or from in-game. It is totally up to you. There is a slider in the middle of the Settings menu which dictates how many colonies you will be able to control at one time. To raise this limit, slide this bar to the right.

The maximum amount of colonies you can have at any given time is 5. If you slide the bar all the way to the right you will reach this number. Immediately after you change this setting you can start another colony. Make sure your computer can handle this amount of colonies before you go all out with 5 large colonies with automated jobs.

How to Start a Second/Multiple Colonies in Rimworld

Once you settle in a new location, the game will generate a new map for this area. You can start to build as usual. Both colonies will continue to operate in real time. This means you will have to keep an eye on both of them. It might be a good idea to get your first colony up and running independently before you start a second one.

To swap between colonies, simply select your pawns from the top of the screen. Whichever pawn you select will determine which colony your camera will focus on. Your colonists will now be grouped based on which colony they are currently in. You can send different pawns, animals and supplies to other colonies by using a caravan.

How to Delete/Remove Unused Colonies

Have you started a colony but want to abandon it? Due to the fact that there is a maximum amount of colonies you can have you may find yourself wishing to get rid of old colonies in order to create new ones. This is great for players wanting to play with a nomadic-style colony which travels around and settles in different locations. This is also great if your location runs out of precious minerals and supplies.

You can remove a colony which still has pawns in it. If you choose to abandon this colony however, the pawns will no longer be a part of your faction and will turn to another faction, (or will simply no longer exist in the game). Make sure you get everything out of a colony that you want to keep before you remove it!

To Abandon/Remove a colony you no longer wish to have first open up the world map screen. Navigate to the colony you wish to abandon and select it. Select the Abandon button present at the bottom of the screen. (You can see this in the image above.) You will be prompted whether you really want to abandon the colony. Select Confirm if you are sure you want to give it up.

This will abandon the colony and you will no longer control it. You can however, settle in this location once again to take over the buildings and items you left behind.