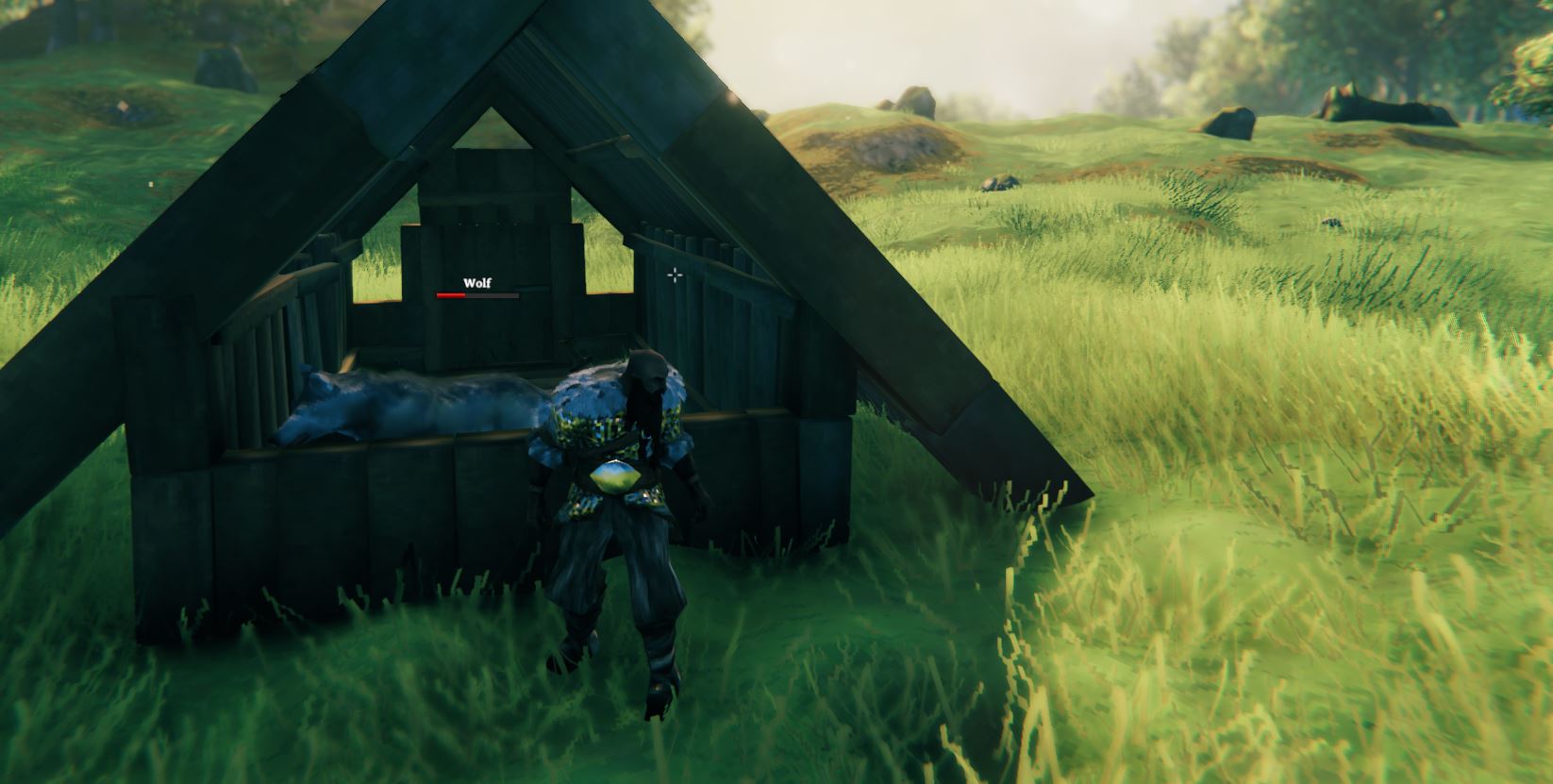 Once the player has figured out that they can tame some of the fauna in Valheim they may be wondering what creatures can be tamed. Well, in the vanilla game of Valheim the wolf, boar and lox creatures can be tamed to obey they players commands. That being said, only the wolf will listen to and follow the player. Once your wolf does get injured though, how do you heal them? Read on to find out more.

If you haven’t managed to tame yourself a wolf pet in Valheim yet I suggest you give it a shot! They are not only cute companions to have around, but they can do some damage and protect the player as well. Read my guide on how to tame wolves to find out how you can get a howling, furry companion for yourself.

How to Heal a Pet Wolf in Valheim

To heal one of your wolves when they get injured, simply throw down a piece of raw meat or neck tails near them. Once the wolf gets hungry, they will seek out this raw meat and upon consuming it, recover 20 hit points of health. A wolf will only eat when it is hungry, so if your wolf is low on health, store them in an area where they can’t get any further injuries until they get hungry and eat again. It takes a wolf roughly half an in-game day to get hungry again after eating.

Once you’ve got the wolf in a safe location, you just have to find some raw meat for them to eat. Wolves will not eat cooked meat. Once you have them stored away, drag raw meat out of your inventory and into the area that they are situated in. Make sure that the wolf is set to not follow you as the wolf will not eat while it is following the player.

You can see in the above image the animation for the wolf eating in Valheim. It is regaining 20 health as you can see the floating number above its head in the image above. Wolves that are well fed and around other wolves may also breed and produce pups.

Can Wolves Die if Not Fed in Valheim?

Wolves will never die if they are not fed in Valheim. Like the player, they can never die of hunger and will not become wild again if underfed. Eating for wolves is simply a way to heal and become happy enough to breed. If you have a whole pack of wolves and you don’t want them to breed anymore, either separate them or stop feeding them and they will no longer breed and produce puppies.

Wolves will eat raw meat or neck tails from the enemies that they have beaten and regain health that way too, so you can sometimes just leave them to their own hunting in order to regain health.

Related: How to Tame Necks in Valheim | How to Build With Stone in Valheim