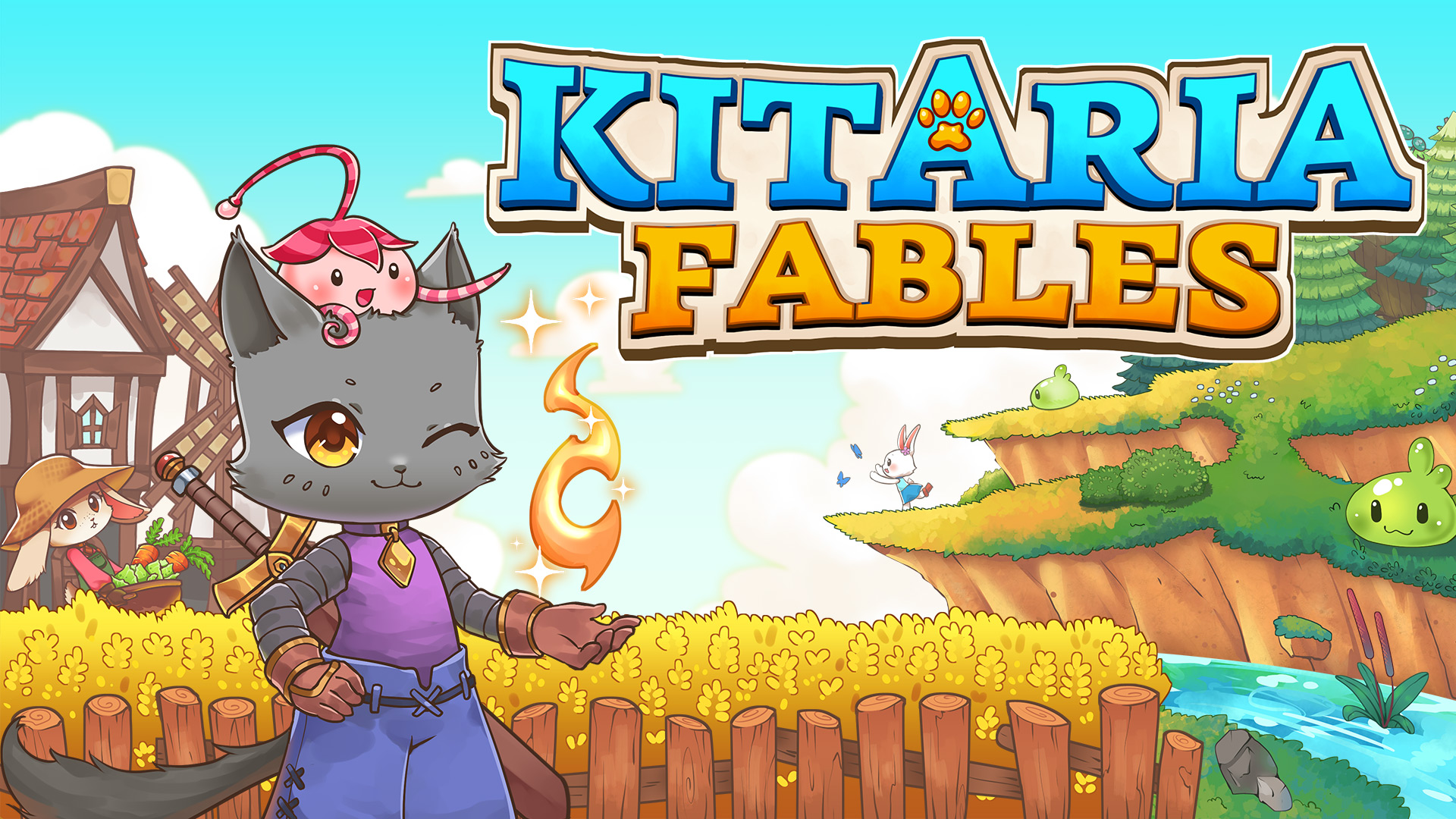 What do you get when you cross a casual farming simulator with a action RPG adventure with cat characters thrown in the mix? Kitaria Fables, that’s what! If you’ve not heard about the development of this adorable, cat-themed RPG I’m here to give my overall impression on the game and give you an idea of what to expect in Kitaria Fables.

With the specifics out of the way it’s time to get into it. Kitaria Fables is a cute game that includes cats, farming vegetables and crafting, but don’t let that fool you! The game has a deep, interesting combat system that seems very much not calm and relaxing. From shooting spells, to swinging swords, then back to growing carrots there seems to be something for everyone here.

Over the last couple of years we’ve seen games including farming features flood the market. It seems not too long ago that I myself was playing Harvest Moon on my GameBoy wondering why other games hadn’t taken these addictive features and fleshed them out into a proper RPG game. Whilst I do still enjoy the relaxing farming experiences, sometimes you are just looking for a little bit ‘more’ of a game, so to speak. One of the first thing that appealed to me when I came across Kitaria Fables is the fact that it is upfront an action RPG. This isn’t a slow paced village builder. I like that the combat is one of the main features of the game and the way it has been implemented seems to work very well.

One of the reasons that Valheim has had me hooked isn’t particularly the farming or even building mechanics, but the fact that the base game has a great, diverse and fluid combat system. Great mechanics and systems off the back of that, to me, can only be an improvement. When a game like Stardew Valley came on the scene it obviously borrowed a lot from the titles before it. Some of the features included and the general story just built off of an already great game play loop. Kitaria Fables in my opinion doesn’t seem like it is trying to build off the success of any of these similar games. Kitaria Fables seems to know exactly what it is and that is a solid Action RPG with a cute town and great ‘side’play’ mechanics to boot. If the game really is as beautiful and plays as it does in these screenshots and GIFs, my girlfriend and I are going to be sinking a lot of hours into this one.

Kitaria Fables seems to know exactly what it is and that is a solid Action RPG with a cute town and great ‘side’play’ mechanics to boot.

Let’s talk for a minute about that Co-op gameplay. Rarely do I get the change these days to play any RPG games with a friend next to me. This is especially true on PC as Steam has an obvious focus on the ease of playing with friends online. One of the things I love to see in a game’s development is a focus on making couch coop gameplay work. When the gameplay is figured out, couch coop is one of the best parts about games for me. The only thing better than experiencing great gameplay and a wonderful story is getting to spend that time with a friend. I’ve played couch coop games that have worked beautifully, (Project Zomboid) and have also had some sub-par experiences (Ark, PS4). The combat looks very fluid and tight in Kitaria Fables, even in coop. I’m excited to hack and slash with a friend.

The Combat in Kitaria Fables

I’d like to take a minute to talk about the combat in Kitaria Fables. The game has a classless combat system, meaning at any time you can decide that you’d like to pick up a sword, change to a bow and rain down arrows from afar, or get up close and personal as a tank. You can always switch up your combat and find the style that works for you. Battles play out in real time as you can see in the GIF above. No stopping, starting and choosing powers here. Throughout the world the battles just happen. No longer will I have to wait until my partner has chosen their attack.

The game also features a magic system, with different elements and powers. Naturally one can assume that different enemies will be weak or resistant to different types of damage and attack. One of the great things about the combat of another fantastic co-op Action RPG game, Outward, was the inclusion of different spells and magic. It just gives the user more freedom in how they want to take down their enemies. In the words of the team behind Kitaria Fables:

Balance your party with the highly customisable loadout and combat mechanics; from sending in a point-blank heavy hitter while casting spells from afar, to flanking enemies hard with two close range bruisers, and more – the choice is yours!

This is something that makes me pretty excited to get my hands on the game as I love being able to customize my experience and change up my style on the fly if I feel like diving into another type of gameplay.

I’ve talked a lot about the combat features and adventure aspects of the game but the farming fans are also in for a great time here.

What would a solid RPG be without loot? Loot is one of the most rewarding things about chopping down foes in any great RPG. By defeating different enemies and monsters in Kitaria Fables you will loot various different types of materials that can be used to craft different items! Apart from the obvious looting from enemies you will also be able to gather resources for the farm such as various ores. You’ll have plenty of downtime in the village and by the looks of it, there will be plenty to do there.

From tending to your own crops in your plot of farmland, to talking to the various locals including the blacksmith who will craft you new and powerful weapons and gear, you will have plenty to do within Paw Village.

The art style and general vibe of the village is gorgeous. Although Stardew Valley may have the character interactions and great farming gameplay loop down pat, one of the parts that some find lacking are the graphics. Kitaria Fables has a beautiful, ‘cartoony’, cute vibe going for it and it looks really easy on the eyes. Paw Village looks very vibrant and colorful and the cast of characters inhabiting the village look very welcoming as well. From big blacksmith bears to cats that sell seeds to plant and harvest, the cast of characters in this cute village are going to make you feel right at home in Paw Village!

From questing to farming to crafting to fighting there seems to be a fantastic blend of genres and gameplay mechanics available in Kitaria Fables. Although the game may have many different styles and directions it seems to be a very solid Action RPG at its core. The gameplay looks very interesting and rewarding and this I would call it now that this will be one of the best little hidden gems of the year.

You can wishlist Kitaria Fables right now on the official Steam Page. The game will come out sometime in 2021 to PS5, Xbox X, Switch and of course Steam. You can also check out the official trailer below the information I’ve mentioned hasn’t already got you excited enough!

Keep up to date with all of the latest news on the game by checking out the official website and signing up for the mailing list!