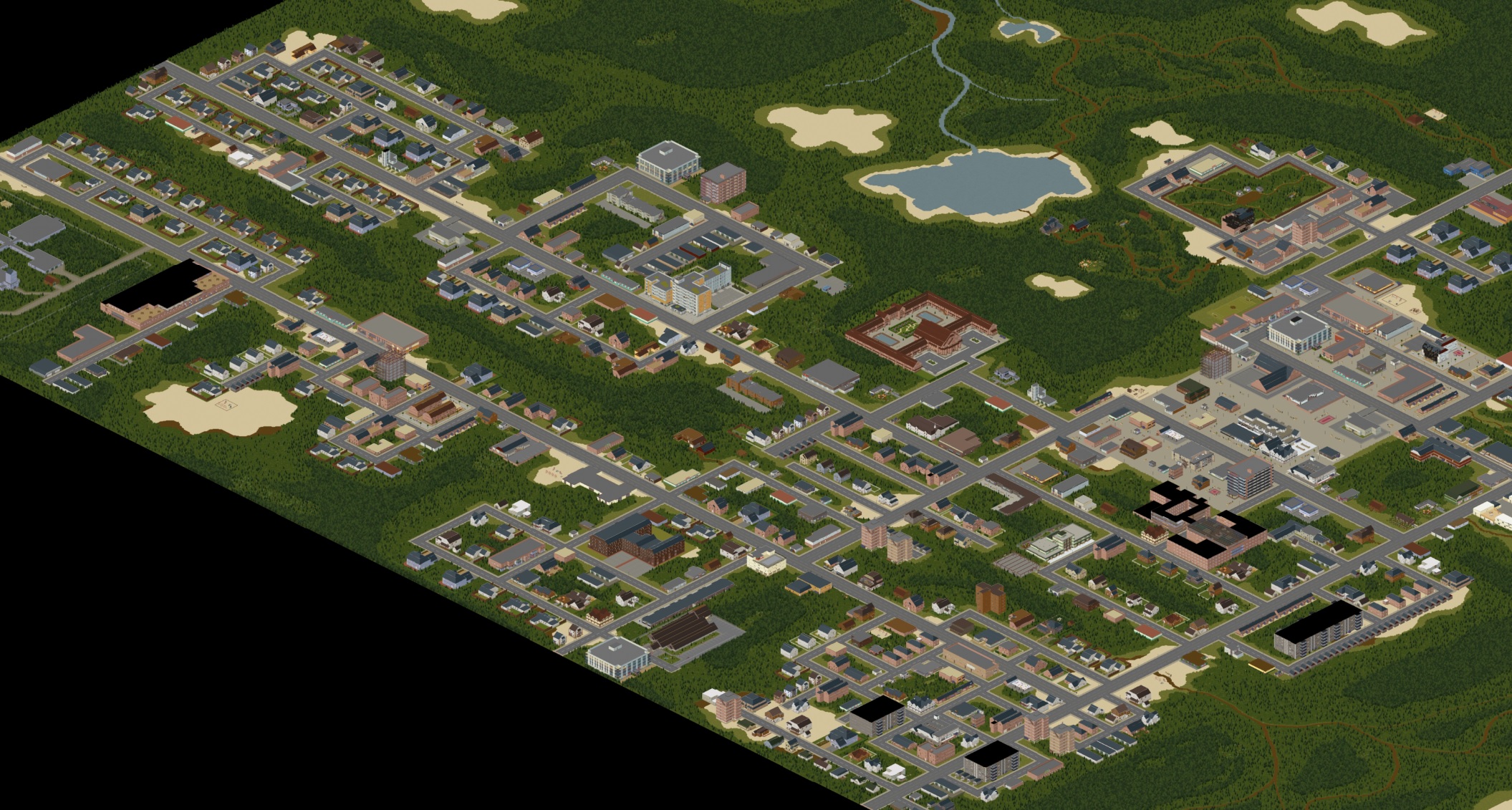 Today we are exploring the 5 map mods for the game Project Zomboid that have the most subscribers on the Steam workshop. Project Zomboid is a hardcore RPG survival game set in the zombie apocalypse. Even though the game does feature a huge expansive map in the vanilla game, some players may want to expand the map or explore new, player created maps. We are going to talk about the 5 most popular map mods as seen on the steam workshop.

This list is made whilst playing the Project Zomboid version build 41. The game is still in development and information in this article is subject to change.

This map expansion mod adds the fictional town of Bedford Falls to the Project Zomboid map. Some of the maps more notable features are the large insane asylum to the far west of the map and a military area, with barracks and an entire military base on the far east side. The map is added to the south east of Muldraugh. There is an interactive map made for this community map which can be found here. The map has in general i better chance to score better loot than the default locations but with that better loot comes a greater challenge. The area has higher zombie spawns than other locations when the settings are left default.

Slocan Falls is a map mod based on the real life location of Slocan Lake in Canada. It is one of the few map mods for Project Zomboid that doesn’t just base itself on a real location, but actually owns it. The description for the map on the steam workshop is as follows:

To get to this location from the Vanilla map you will need to go to the far west side of Rosewood. Take a road out in the fields there and when you come to a bridge you know you are in the right spot!

Pheonix, as per the mod page’s description is “based around a typical “science park”, in which main roads play host to stores, garages and occasional houses, while side streets are clustered with large offices, storage blocks and educational establishments.”

Unfortunately it seems that, even though the map mod remains on the most subscribed of all time page, the mod has seemingly been discontinued. With one Project Zomboid player in the comments saying:

RIP. This map was a masterpiece that peaked too early. Someone update this. Bribes not out of the question

South Muldraugh is a smaller town situated to the south of Muldraugh. It a Military base and a large factory area for you to loot. The map promotes the option of several locations that are relatively remote so you have a few options of creating a remote base on this map.

Although there is not an interactive version of this map the modder has included a slightly higher resolution png file on imgur so you have some way of finding yourself around the map. You can find the image here.

Drayton is a small map located 5 minutes by car, north west of Muldraugh. The map was reportedly finished in 2015 as per the mods description. Though some are finding issues getting the map to work, there are many comments from 2020 saying that the map is still working for them without issues. The owner of the mod has responded to comments on the map’s workshop page that it is no longer being worked on and will not include any updates. With that being said it is still the 5th most subscribed to map mod on the Project Zomboid Steam workshop.

Any more Project Zomboid mods or maps we should know about?

That wraps up the list of the top 5 most subscribed map mods in Project Zomboid currently. I love Project Zomboid and always appreciate the work that goes into modding a game. Some of the mods in this game really add to the value and increase replayability. It goes without saying that Project Zomboid is a fantastic game in its own right but a strong modding community always makes a game stay alive.

Let me know your favorite Project Zomboid mod in the comments below.

Related: How to forage in Project Zomboid

4 thoughts on “The 5 most popular Project Zomboid Map Mods”