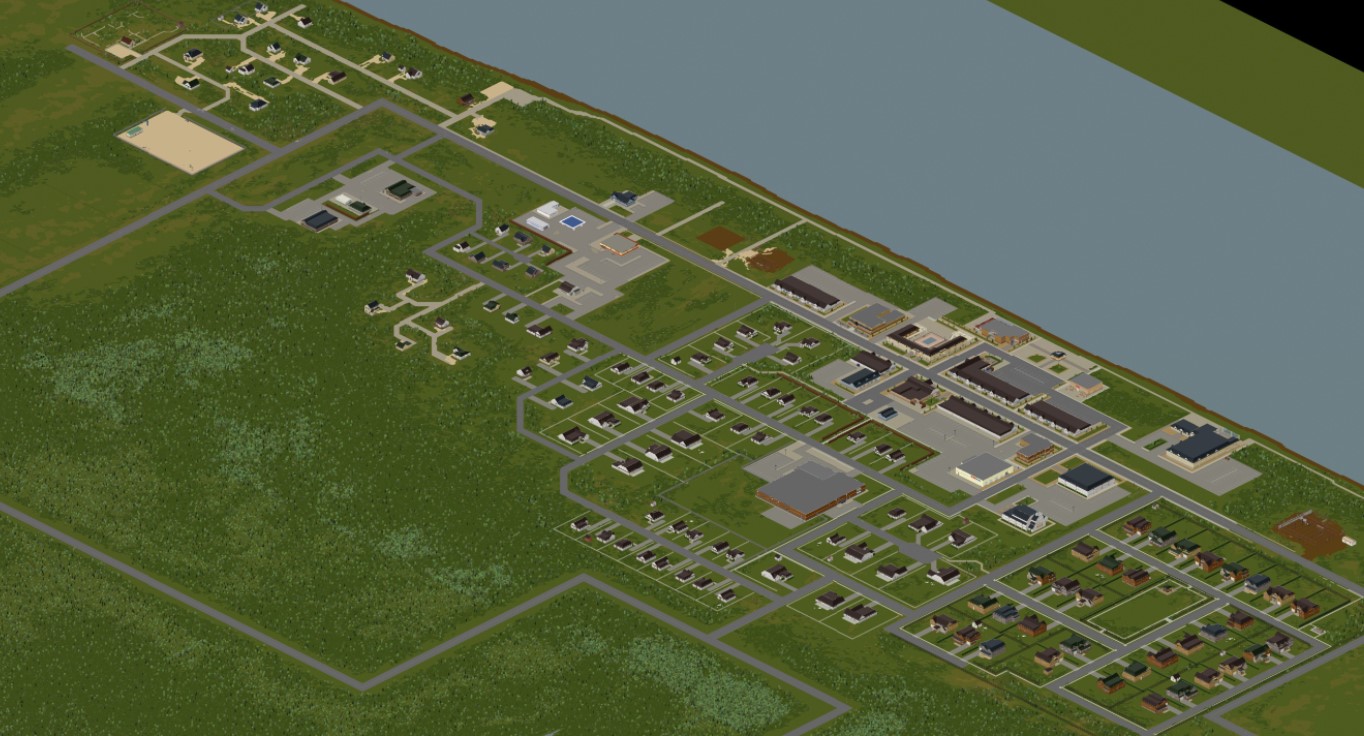 Project Zomboid is a hardcore survival RPG game. You will have to loot, survive the elements, fix cars, eat and drink in this survival simulation of the Zombie Apocalypse. The Project Zomboid Map is one of the greatest things about the game. The game is currently not in a fully released state but the map in Build 41 is very large and has plenty to see and do. One thing players can find confusing is navigating the map and trying to find good areas to loot and in general get around. The game is still being developed and updated quite frequently with new updates. Build 41 is the latest update they have brought to the game and it has a plethora of features including but not limited to, new fitness features and the ability to work out, a separate button for solely on-ground attacks, new vehicle mechanics and much more.

The game is currently a work in progress. The developers, The Indie Stone, continue to work on the game. That means that at some point this article may contain information that is not up to date. This article has been written for Project Zomboid build 41. For the latest development news on the game please refer to the developers official blog on their website.

The Project Zomboid map is currently called Knox Country. It is a fictional place that is loosely based on the areas of Fort Knox and Louisville in the US. There are a few different towns or ‘sections’ of the Project Zomboid map that are prominent compared to the rest. Some, (not all), are used as starting locations in the game. Unfortunately you will have no way of telling where you are on the map. Build 41, along with all the other builds do not feature any kind go map guidance or mini-map. (Though there is a really good Mini-Map mod). Some of the sections in the map include:

Basically any of the areas of the Project Zomboid map are recommended to begin in. Most of the will be quite difficult in the beginning and it will not make too much difference which you pick. The only exception to that statement being the rule that generally the least dense the town is, the less zombies that will be there. West Point has one of the highest zombie concentration of all of the towns so keep that in mind when starting your next playthough.

All of the towns are connected to each other on the full Project Zomboid map. In previous versions from Build 41, multiplayer was an option. You could travel from town to town with other players, seeing what people had build on the map and make things of your own. If you ran into any trouble with other players, you may even be forced to go to another side of the map. Multiplayer was implemented in earlier versions of the game but so far in build 41 multiplayer is still being worked on. For more information see the official blog link higher up in the article.

Using some of the in-game maps whilst playing Project Zomboid

During play through Knox Country you map come across maps in the game. These maps allow you to roughly see what shops are in each town and help you to navigate through the town. The maps in-game are also interactive maps. To draw or write on the maps, equip a pen or pencil and right click the map. You will have an option to draw on the map.

This is useful for figuring out where your base is, also for establishing which parts of the Project Zomboid map have already been looted. This is going to be very cool once we finally have multiplayer for build 41 as you would be able to draw on the maps and give them to your friends for directions.

A resource to view the entire Project Zomboid Build 41 map?

There is a project that has been very well implemented that allows you to see the entire map of Project Zomboid and different features on it. The Project Zomboid map tool can be found here and can greatly help you in your journeys. It is even updated for build 41.

Thank you for reading our article on the Project Zomboid map of Build 41. We here at Set Ready Games love Project Zomboid. Both single player and multiplayer are fantastic and we think it is a really great RPG survival game. We love it so much that we’ve included it in our list of the best couch co-op RPG games ever! What an achievement. We hope you liked the content. Stay tuned for more.