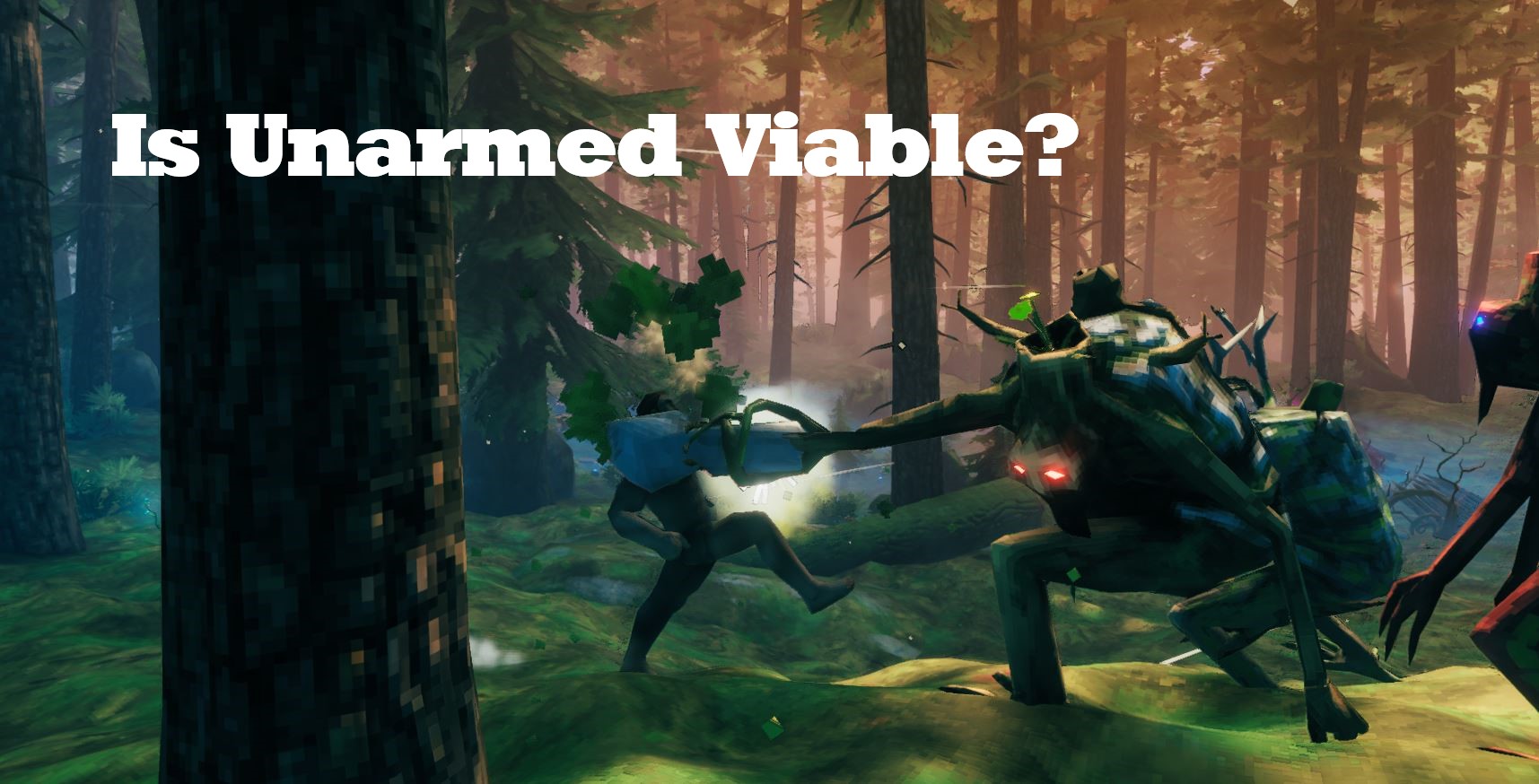 Valheim has many different skills to train from combat to utility. One of the lesser-used combat skills in the game is the unarmed skill. Today we are going to look at how strong unarmed can be when used at the maximum level of 100. Levelling up skills can be time-consuming, we are going to show you whether or not the unarmed skill is worth levelling up. Is Unarmed food in Valheim?

How to Level Up Unarmed

There is only one way to level up the unarmed skill in Valheim. You could have guessed that you level it up by hitting things whilst unarmed. Unequip any weapon you are using and use your fists to beat down your foes. Each level or the unarmed skill will make your unarmed attacks stronger. The only way to gain experience in unarmed is by hitting enemies and objects like rocks. Hitting enemies or players will award you with more experience than hitting objects.

How Much Damage Does Level 100 Unarmed Do?

I’ve fought against some of the enemies in the game and recorded how many hits were needed to defeat them using unarmed. I used both the regular damage and combo damage when facing the following enemies. This should give you an idea of how powerful the skill can be.

As you can see from the values above, unarmed won’t do anything amazing for you even at level 100. Eikthyr takes a lot of hits to take down.

For the sake off comparison, I set my clubs skill to level 1, crafted the most basic wooden club I could and attempted the Eikthyr fight again. There are different variables at play when using the club that I will discuss under the results below.

Although the value could be compared pretty close to the unarmed there are a few key differences here. First of all, I used the club as both clubs and unarmed so blunt damage on hit.

Over the course of the fight using the wooden club I managed to get my clubs skill to level 12. (11 levels gained). I started the fight doing around 3-4 damage with each hit of the club, which is below the value of unarmed, but by the end of the fight most of my basic hits were above 5. Another advantage the club has over unarmed is a 3-hit-combo in which the last hit, even at level 1/2 was going around 10 damage.

During my findings in the unarmed skill when using it maxed out, the results were rather disappointing. As shown in the data above, the unarmed skill doesn’t scale very well at all. The scaling of other skills is a lot better as they are starting at a better base level and multiplying it, as opposed to small damage level of the fists.

Whilst levelling up the unarmed skill could be a good idea in case you find yourself breaking your last weapon in the game it doesn’t really seem important or viable at all in the current game. Fighting enemies and levelling unarmed seems more of just a gimmick or challenge mode at the moment. One of the great things it could be used for is in PvP tournaments as the kick is a great knockback and could by used in a out-of-the-ring style matchup.

Whilst unarmed isn’t viable or very good in the current version of Valheim, the game is currently still in development meaning the game is subject to change. Mechanics and content can change with updates and other features can be change or added in. Perhaps one of the later updates will add more to unarmed combat? I sure hope so.

Related: Does the Wind Carry Scent in Valheim? | How to Zoom the Minimap in Valheim