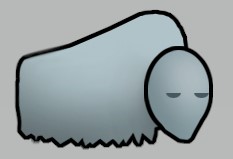 Playing Rimworld and getting confused why your colonies animals are constantly passing out due to malnutrition? Look no further. This guide will explain exactly how to feed your animals, what to feed specific animals and identify issues why your animals may not be ingesting those tasty meals you have in storage.

In Rimworld, there are many different animals you can have. From livestock, to pack beasts, pets and security animals there is no shortage of diversity in the game. All the animals have different stats and hunger meters. That means some animals will get hungrier faster than others, some will run faster and defending on the animal they will have different diets altogether.

To feed animals in Rimworld you must simply have a food in the allowed area of the specific animal. You must also make sure that the food is a part of that creatures diet. For example some animals, like the Muffalo are herbivores. They along with a few others like the cow and horse will graze upon any grass available to them in their allowed area. Herbivores will eat Haygrass, berries and other vegetarian crops.

Another category of animals is the carnivore or meat eaters. These animals, obviously will only eat meat products. Meat eaters and animals that are omnivores (meat and vegetarian), will also feast on corpses that are lying in their allowed area, making raiders a cheap source of food.

There is a fourth type of eater on the Rimworld and that is the Dendrovorous animals. These animals, in addition to plant based foods, can also consume trees. Examples of these animals are the rare Thrumbos and Alphabeavers.

In Rimworld, all animals will eat prepared meals, kibble and pemmican. In this way you can force herbivores to eat meats if they are prepared into meals and kibble first.

The only exclusion to the list of animals that will eat these items is the Wargs. Wargs will only eat raw meat and corpses. Obviously finding a good source of food for picky animals is going to be quite difficult early on. If you see that a group of animals have wondered into your area and decided to join your colony you may think it is a good thing. Before you accept these animals into your colony, you should try to make sure you have the capabilities to actually keep them (and your colonists) fed! If not, we could always use a nice Labrador leather couch.

Some of the common reasons that your animals still are not eating food in Rimworld are:

Feeding Animals in a Pen

The 1.3 update to Rimworld brought in a bunch of new features. There is now a necessity to keep certain animals like donkeys and mares inside a penned area to stop them from leaving your colony. (I also wrote a guide on creating pens if you’re having trouble which can be found here.)

After you have created a pen for your creatures it’s important to give them a source of food they can actually access. You can either create a stockpile area within their pen, or try to just grow food in there for them. In the best case, you will have the pen in a grass area so that most of these animals can graze freely without you having to feed them much.

If they don’t have an area to graze in, you will have to create a small stockpile zone where you can store their specific food and set the priority to high.

Now your animals are well fed

That is all you need to know about feeding your animals in Rimworld. If you have any more problems or comments feel free to leave a comment about it.

2 thoughts on “How to feed animals – Rimworld Help”