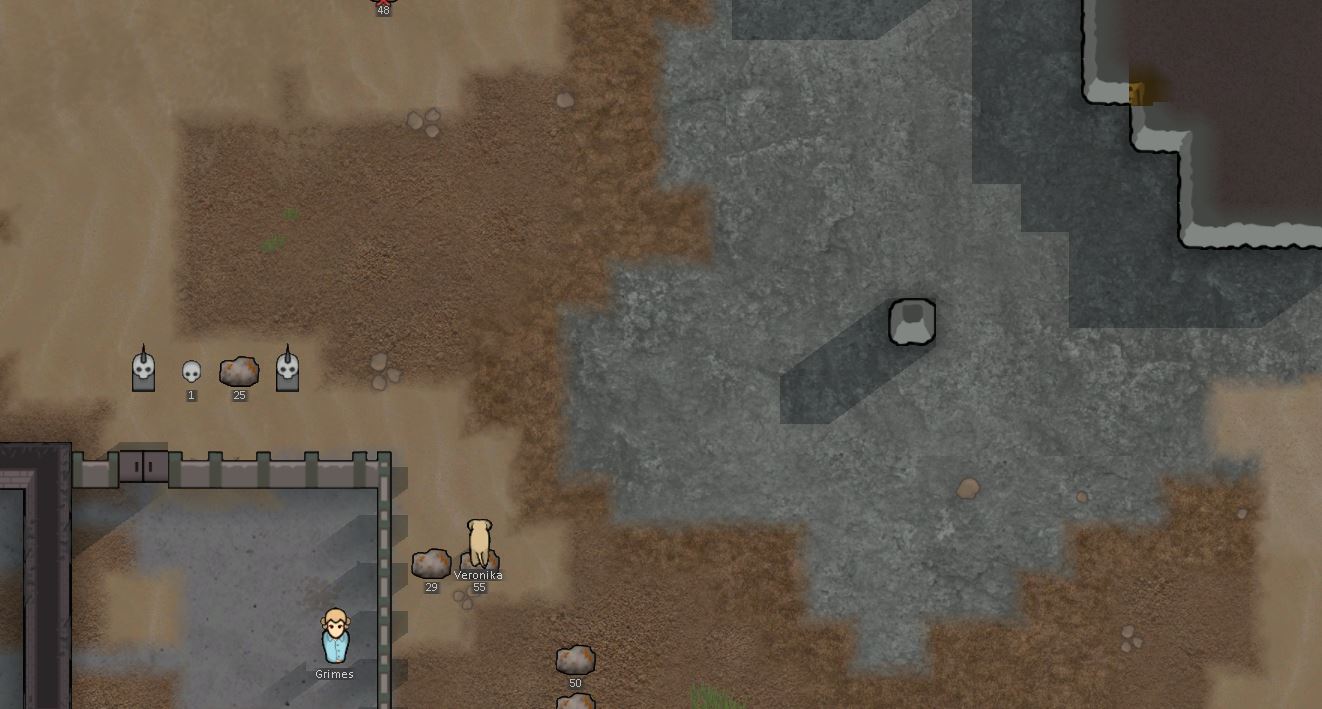 With Rimworld’s newest DLC Ideology and the 1.3 update that came with it, a bunch of new features have been added to the game. One such features is the ability to extract skulls and create a piece of furniture called a skullspike. This short guide will show you how to extract skulls from dead pawns in Rimworld and build skullspikes of your own.

If you are here because the option to extract skulls doesn’t even appear in your game, scroll down to the Allowing skull Extracting… section.

How to Get Skulls in Rimworld

Getting skulls in Rimworld is actually very simple. You don’t actually need any kind of table or facility to do this. The only thing you will need is a dead pawn with their head in tact. You can take the skull of both colonists and outsider bodies. To do this, find a fresh corpse and select it. You should see an option to Extract skull at the bottom of the screen. Select this or press the Y hotkey (by default).

Once you have selected this, one of your colonists will come over and after a short time extract the skull from the body. This can then be used for whatever you wish. You can sell them, build skullspikes or just keep them around.

If the option just isn’t there at all in your colony then read below on why that might be.

Allowing Skull Extracting in Your Ideology

If you have a dead body in your colony that you want to extract the skull of but the option doesn’t appear than this is probably why. In order to be able to extract skulls from pawns, your colonists have to want to do it. When setting up your custom religion you are able to assign a bunch of different precepts. These precepts determine ritualistic practices and how your colonists will feel about certain things.

In order to enable the extraction of skulls you will have to have the precept of building skullspikes positive. See the image below.

The precepts regarding Skullspike has to be Desired in order to extract skulls from bodies. This is because this is the main thing that is built from old skulls. If your colonists abhor the idea of having human skulls around then they are not going to want to extract them from bodies. If you have already started the game and have this option as Disapproved it can be changed retroactively by using the Dev mode when starting the game.

If you do not wish to use dev mode then you may have to try to convert your pawns to another religion in order to extract skulls from bodies and create skullspikes.

How to Build a Skullspike

One of the main reasons that you would extract skulls in the first place is to build Skullspikes. These grotesque pieces of art will keep slaves in line if they are ever walking past them. They have a fairly small proximity however, and slaves will almost immediately forget about them if they aren’t in the direct vicinity of them. It’s best to keep them in prisons or near slave beds.

To build a Skullspike go to the architect menu. Now, head over to the Misc tab. Keep in mind that you will only have the option to build these skullspikes if your Ideology allows it. There are 6 different material options for building Skullspikes. You can see these variants in the image below. Each is in order as it appears in the list from Wood to Gold.

To build 1 skullspike you will need 1 Skull and 25 units of wood, steel, uranium and plasteel. You can also build these spikes using Gold and Silver but you will need 250 units to make each skullspike.