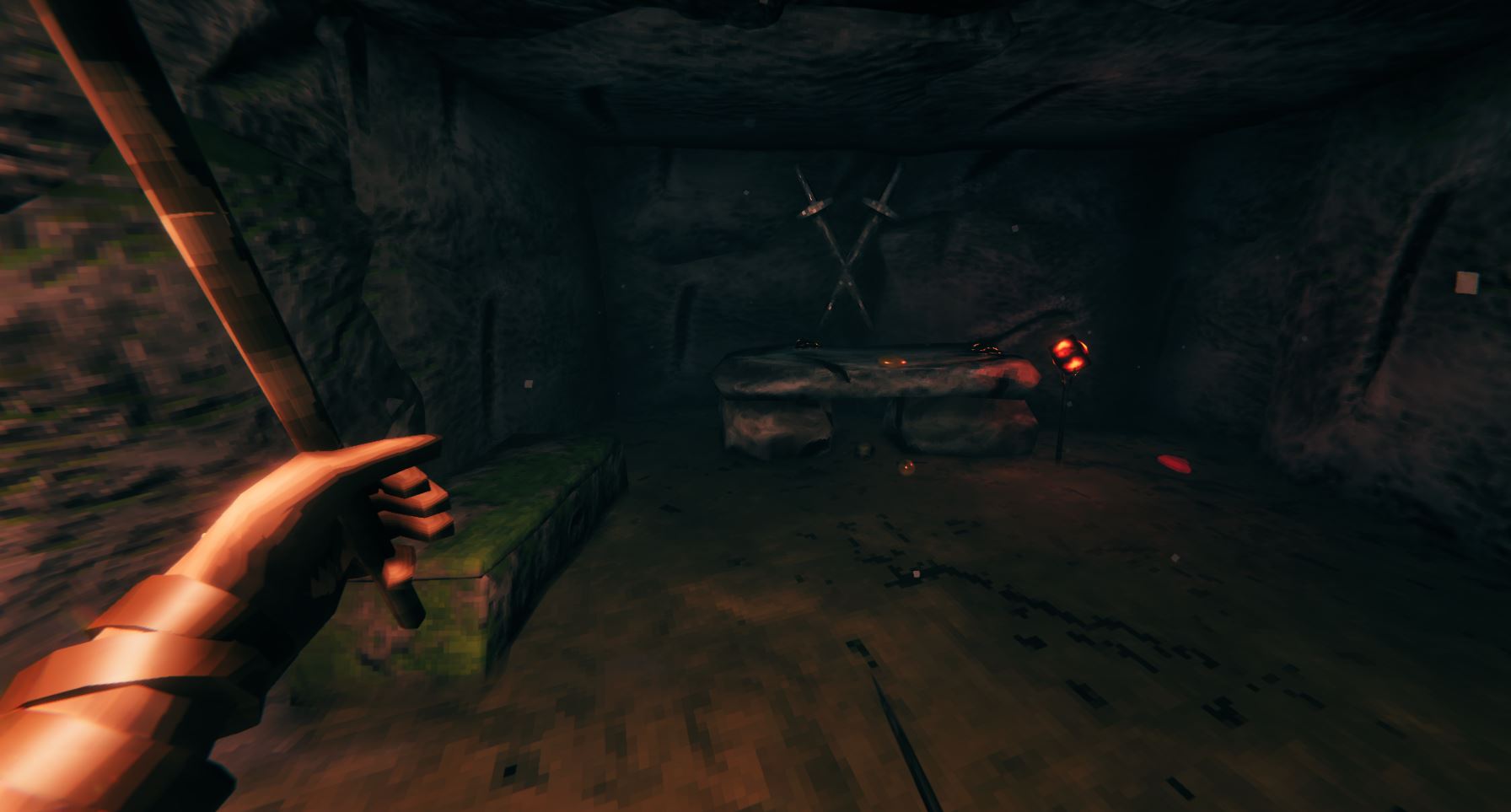 Finally modders have enabled hyper-successful early access hit Valheim to be played in first person! Thanks to a mod by Kailen_ on the mod nexus for Valheim, the player can now play the game in the first-person view like Skyrim, or other popular RPG titles.

Players have been asking the development team whether they were going to implement a vanilla way to have a first person camera but it seems modders have beaten them to the point! You can check the mod out here for yourself. I’ll go through some of my experiences with the mod and some of the things I like, (and don’t like), about it.

One of the great things about this mod is that it can simply be added to the game and be used whenever you want. To play the game in first person mode you just have to scroll the mouse wheel forward until the camera changes to first person. If you don’t like how it plays, you can always scroll out again to get back to third person.

One of the coolest things I experience whilst playing with the mod is exploring the house that i’d already built. It really makes you feel fully immersed in first person mode and seeing the scale of all of the building pieces, after having it all in third person is just really cool.

The building system seems to work very well when you are playing the game in first person as well. you can get in previously hard to reach places using the first person camera to build. We all know that the third person building can be a bit wacky at some times with the snapping. Building, exploring houses and generally moving around in first-person mode works very well in Valheim.

I’d be crazy if i didn’t automatically draw similarities between Skyrim and Valheim at this point. Whether you’re exploring cold mountain tops, digging below the surface fighting skeletons or fighting dragons, this mod feels a lot like Skyrim in the best way possible.

The exploration is great. With a game featured mainly around exploration, the dungeon crawling, ships sailing and general cruising around feels very very immersive in first person. Even though the graphics are low poly, the game still looks absolutely beautiful in first person. I would draw parallels between Valheim and Skyrim before mentioning Minecraft. There’s nothing like busting out your shield and clubs and going to town on skeletons in first person.

Lighting up dungeons with a torch, watching the wind splash against the ship and fighting large beasts are all so much more immersive in first person.

One of the hardest things about turning a game from third-person to first is generally how the FOV works and the combat. Luckily this mod doesn’t have any problems when it comes to combat. Apart from having the obvious drawback of not being able to see behind you, the combat in this mod is incredibly fluid and works well. The only thing they don’t warn you about is how terrifying the trolls look when they are to scale.

The combat is just as difficult as ever with the first person mod.. No surprises there. Being up close and personal doesn’t give any kind of advantages to the combat. Dodge-rolling can be a bit wacky as you will be able to see your body rolling but even then your main camera focus stays straight ahead.

This is a hard one to write. There is genuinely a lot I really love about being able to be in first person. It really seems to open up the game and add a lot more to it. That being said, there are a couple of small issues I have noticed when using it.

The first thing that annoyed me about using the mod was when I was using one of the bows in the game. The bow called Draugr Fang gives off a light green glow when it is equipped. When trying to aim with the bow this can be very annoying in first person as it blocks a lot of your view. The other bows are also a little bit annoying as they take up a bit of the screen when you ‘aim down the sights’.

Apart from that, there is only one other issue that annoyed me whilst I was playing with the first-person mod. Whilst in first-person mode the particle effects can be a little annoying and sometimes nauseating. With the splash of color of a level up, or fighting off Eikthyr whilst he bled red and shot lightning, it was all a little bit too much when up close and personal. Although it didn’t make the mod unplayable, it certainly made it a little difficult for long play sessions. But then again, maybe it’s something that I could just get used to by playing it for a while. We’ll see.

In closing, I think that this is one of those mods where I went into it thinking it might be a cool little gimmick to try out and review, but honestly I think I am going to keep this one installed. As it doesn’t add any broken items or change any core gameplay features, I think it’s just one of those great quality of life mods that adds something to the game without detracting anything from the experience or gameplay. I’ll be keeping this one on and suggesting my friends to do the same.

Related: A Guide to Eikthyr – Valheim | How to Tame Wolves in Valheim

Go to mobile version
We use cookies to ensure that we give you the best experience on our website. I just want to make the website better. If you continue to use this site we will assume that you are happy with it. I acceptI do not acceptPrivacy policy