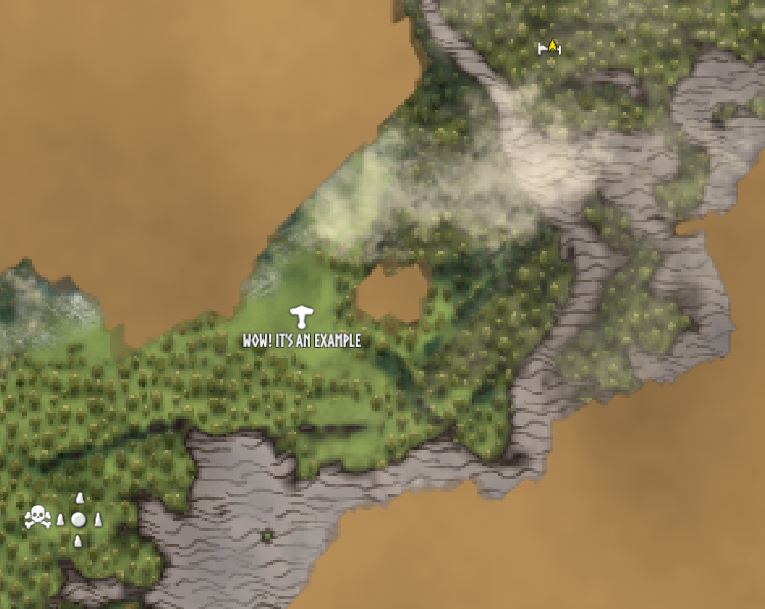 Valheim is the latest great survival game to come to early access on Steam. But it is not just another clone of other survival games. The game sets itself apart from the competition with its fantastic unique art style and mechanics. The game features a huge procedurally generated world. One of the main points of interest in Valheim is the exploration aspect. You will be travelling by land or sea to explore and discover new lands.

You are not running totally blind though. In Valheim you do have a map that can be opened using the M key by default. There are a few different things you can do with the map that we will talk about in this short guide of the Valheim map.

An Overview of the Map

The Map in Valheim, can be accessed by pressing the M key by default. The map shows you exactly where you are in the world. Personally I’m not sure what happens when you get to the edge of the map as I haven’t yet made the journey but when I do I’ll be sure to update this guide. You can see where you are and what direction you are facing. You may also be able to see other players on the map. There is a toggle option at the bottom left which will make you visible to other players on the server. We will talk about the different functions of the map now.

There is a variety of different things you can do with the map in Valheim. From marking points of interest to finding your next great opponent all of the exploration is done from the map. From here you can mark things to find again later, mark your multiple bases, mark an area for danger and much more. Some of the things you can do are found below.

From the start of the game you are tasked with finding Eikthyr and defeating them. You can do this by plotting where the enemy can be found on your map. This is mostly automated and not too much will have to be done on your part once you find and interact with the right item.

Revealing Parts of the Map

Revealing different parts of the map is a pretty simple process. You simply have to move to that location to uncover the area. The knowledge of the area will not be lost. You character will never ‘forget’ there and it will be forever on your map. So get exploring and try to reveal your map!

Marking point of interest on your Map

You can make your own marks on the map in Valheim. You will see at the bottom right of the map’s UI there is a series of different symbols that you can use. You can not only use these symbols to mark locations however. Once you choose to put a symbol down you can also write something under the symbol.

To put a symbol down on your map, Choose a symbol from the area on the bottom right of the map UI . Select a symbol to draw on the map by simply left-clicking it. Now, double-click anywhere on your map to put down a symbol. You can put these down anywhere you have and haven’t discovered.

Once you have put the symbol down a text box will open at the bottom. Type whatever you want and press enter. Your writing will be saved and show under the map. Other players in the server will not be able to see your markings on the map.

If you want to remove the marking again, simply right-click the marking to delete it permanently.

All Biomes in Valheim

There are 9 biomes in total planned for the full release of Valheim. 5 of these biomes are implemented and playable in the current version of early access and others will be added in updates as the game’s development progresses. The biomes currently in the game are:

The developers have stated that they plan to fully flesh out 9 biomes of the game and that each biome will have their own unique forsaken. There are 5 forsaken in the current version of Valheim. The biomes in the games map which currently have forsaken creatures are the meadows, Black Forest, Swamp, Mountains and Plains.

I hope this guide has helped you better understand the map of Valheim. Stay tuned for more content from this Viking survival hit!

Related: A Guide to Eikthyr | How to Farm in Valheim