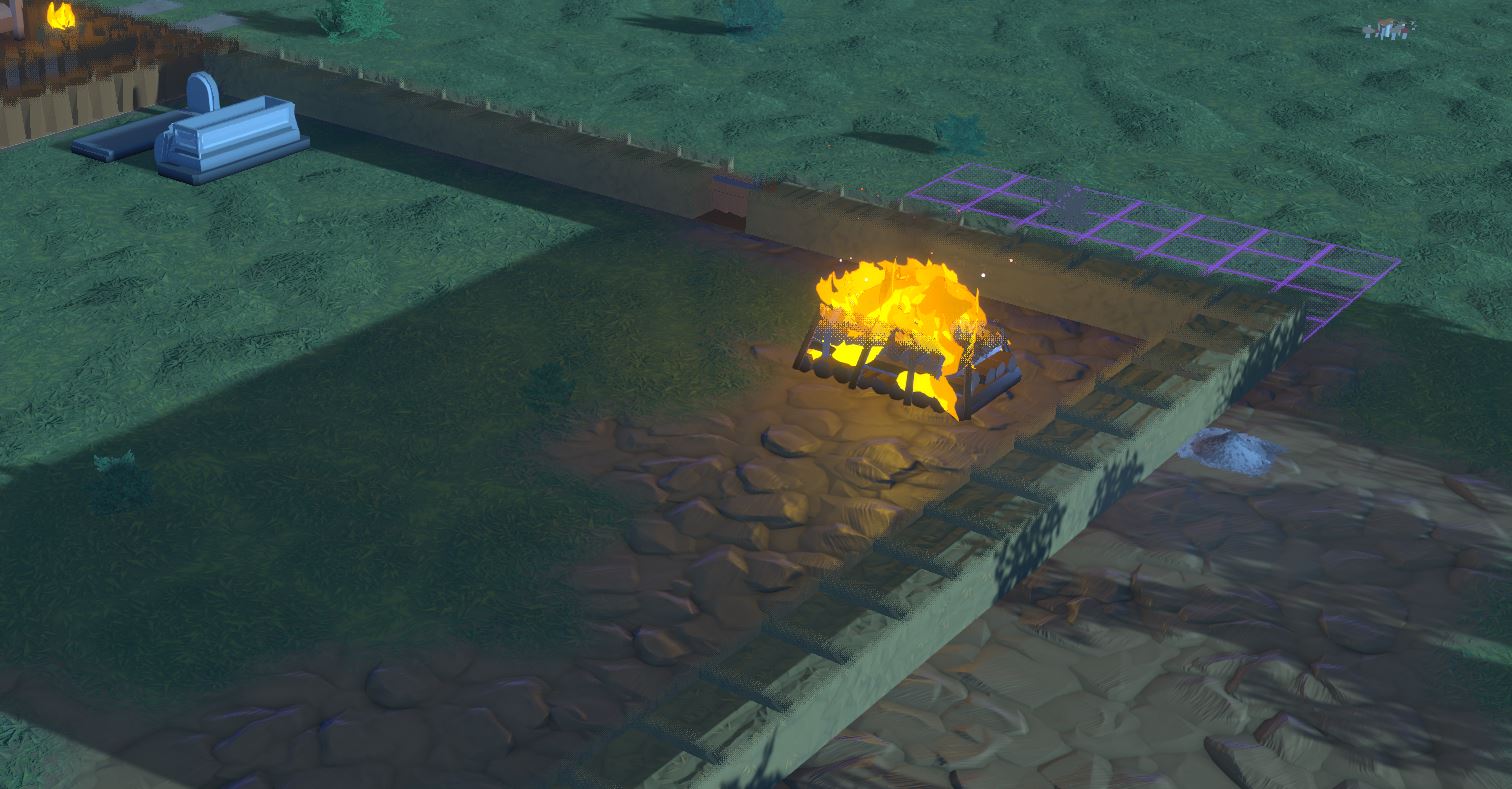 This guide will show you how to get rid of bodies in Going Medieval and show you why you should.

How to Get Rid of Corpses/Dead Bodies in Going Medieval

All of these options are a great way to get rid of bodies. Some of them use more resources and manpower and some of them will just be used in emergencies. Generally a good tactic can be to utilize all three of these methods at once.

Why Do You Have to Clean Corpses in Going Medieval?

You might be asking yourself why you have to clean up the corspes in Going Medieval. If you’ve just won a raid why not leave the bodies there for other raiders to see? Maybe you want to keep the battlefield exactly how it was. Well, there are some very negative effects of leaving bodies around the colony. The most pressing is the mood effect it will have on the rest of your settlers.

Each of your settlers has a mood level. Whenever anything good happens to them, it will raise their mood. When something bad happens, their mood will be lowered. If a settler has a very low mood for a long time they stop following your orders or worse, leave the colony and other settlers. The worse part about it is, this mood debuff can stack. If the settler sees three dead bodies their mood will get worse and worse.

The faster you deal with dead bodies the better. But how does one get rid of dead bodies in Going Medieval? With one of these three methods!

Create a Dumping Stockpile For Corpses

This one is all about letting nature take its course. Eventually in Going Medieval, corpses will deteriorate and eventually disappear. The only problem is that this can take a number of days to happen. In this method, we will create an area where you settlers will bring the bodies to. This area will be outside of the base and out of the vision of most of your settlers. The best thing would be to have one settler bring all of the bodies to this area. That is only so that one of your settlers is subjected to seeing the bodies.

To begin with, we will have to find an area outside of the colony. This is pretty straightforward. Pick an area on the map where you don’t plan on going to anytime soon. This could be the other end of the map, or a room you have build that you will lock the door of. Now we are going to build a stockpile zone. To create a zone, press the F7 key or select the zone menu. This is the button with the two rhombuses near the building menus. Now, select the dumping zone. We will now paint the area where we want to dump bodies.

As you can see in the image above, there are a few different variants for zones. I have chosen the dumping zone template, as it automatically includes corpses in the allowed items. We can further customize this zone if we want to only include human corpses. By default, this zone will also be for food waste, ash and animal carcasses as well. This can be a problem when your hunters bring their prey to this zone and your cook has to walk out there to collect the animal and see all of the bodies. It is best to customize these values.

Select the zone and from there you can choose which items to include and store in the zone. Deselect animals corpses and also the waste if you wish. See the image above.

Burning Bodies on a Pyre

If you do not wish to wait for the bodies to decompose this is the method for you! There is an item that you can build in Going Medieval where your settlers can burn bodies! By building the pyre somewhere in your colony, you will create a bonfire area where bodies can be burnt down to ash. This works just like any other production facility where bodies are just the fuel. To build a pyre, open up the Misc menu at the bottom of the screen, Alternatively, just press the F5 key to open this menu.

Find the pyre in this menu and select it. You do not have to research any items to unlock the pyre. This will be unlocked from the beginning. Place the blueprint down somewhere in the colony and your settlers assigned to construction will come over to build it. You will need 15 wood to build a pyre. Now that the pyre is complete, you are ready to starting burning bodies here.

Getting Rid of Bodies at the Pyre

With a pyre built we have all we need to start disposing or corpses here. Now that this is built, you will need to start the burning bodies job. Select the pyre to open up the production menu. Here you will see there is only one option for production. This is the burn body job. Select this to set the job to the production queue. From here, you are able to decide how often your settlers will burn bodies. If you simply want them to get rid of bodies all of the time change this to forever.

By default your settlers will burn all bodies. This includes fallen settlers. IF you won’t want them to burn up in the pyre you have the option to take them out of the job. Select the Edit button on the job in the production queue and from here you can take out the Human Carcass option. Human carcass indicates a former settler.

Burying Corpses in Graves and Sarcophagi

The third and final option for getting rid of bodies in Going Medieval is a classic. Bury them! Just as with the other 2 methods there is a little setup involved here too. This is the least space efficient method. This is because if you throw bodies on a stockpile they will eventually decompose. If you bury a body the grave will always remain there. That said, this will give you a place where your settlers can mourn their fallen. You don’t just want to burn Maccus who died for your colony, right?

To build a grave or even make a sarcophagus we are going to once again open the Misc building menu. Along with the pyre option, we we’ll see the option for a grave. The default ‘unmarked grave’ is not the only grave available in the game. If you select this option you will be presented with a few different variations. After this menu opens you can choose from many different options. Each of these options cost a certain amount of resources. From wooden grave areas to limestone sarcophagi, you can decide where you want to honor your fallen settlers.

Once you have placed down a blueprint a construction settler will come and create the grave. One cool thing about these types of burials is that by selecting the grave you can see who is buried here for years to come. By selecting the burial place you can decide whether you will allow all human bodies to be buried here or just settler bodies. This may not be the most efficient way to get rid of corpses in Going Medieval but it is definitely the best looking.