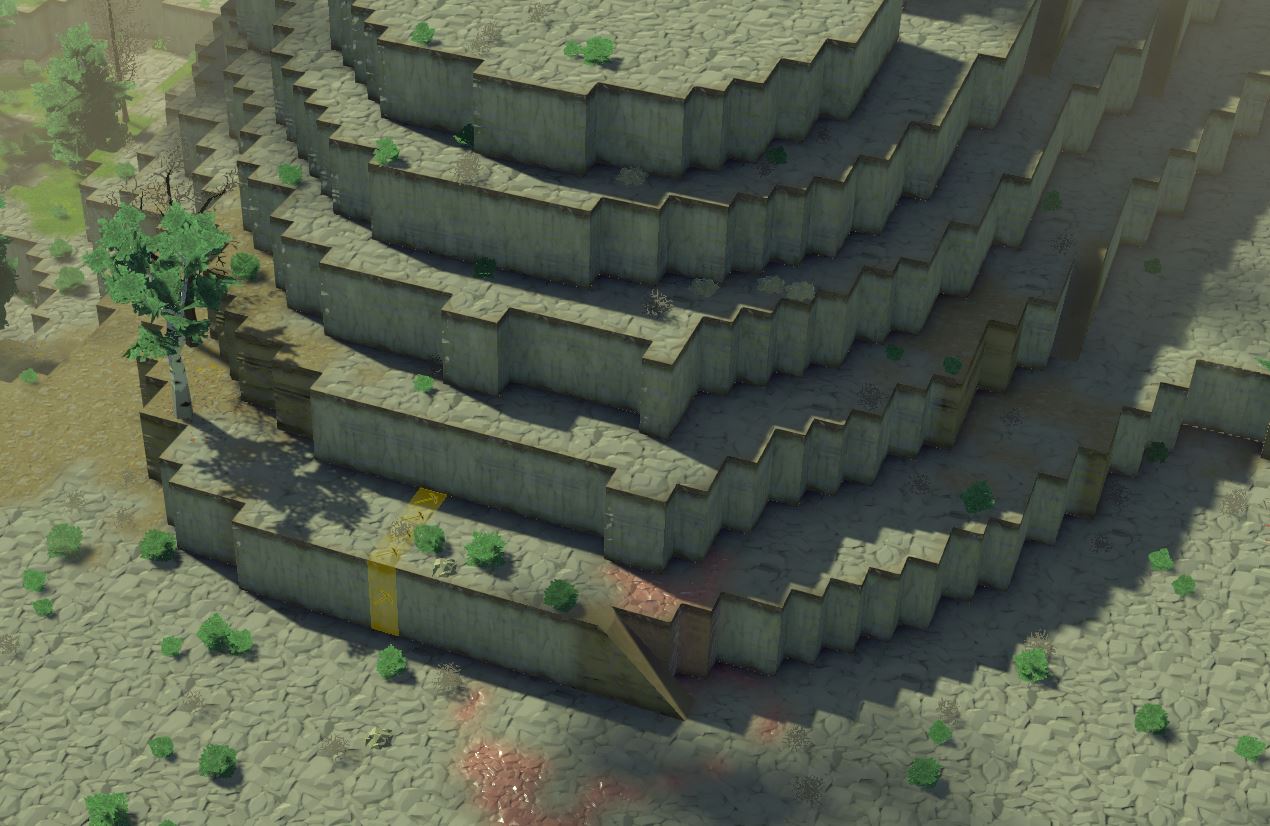 One of the unique mechanics that sets Going Medieval apart from the other colony sims on the market is the Z levels system. This means that players can build their colony above or below ground to a certain extend. Caves can be dug out, or great castles can be build. These can be multi-story cave systems where you have different rooms separated.

Why Build an Underground Base in Going Medieval?

First of all, in a game where you can build glorious colonies and castles in a medieval setting, why build a base underground? Well, there area few great reasons to building a base underground. First of all, the base is highly defensible. With a game where you are constantly pushing back raiders and enemies, having an underground base secures you from most attacks. If you only have one way into the base, the enemies are not going to dig down to you.

Secondly, building an underground base ic great for saving resources. If you plan on building a great castle you will need a great amount of stone to build with. by simply carving your way through a cave, you eliminate the need for any resources. you can quickly and cheaply carve as many rooms as you want. The layers system makes caving a great idea.

How to Navigate Through the Levels

The most important thing to learn when building an underground base in Going Medieval is how to navigate through the different levels. If you can’t get through the levels and determine them from one-another, you won’t be able to designate the correct ground to be dug out. The default keys for moving between Z levels are the Z and X keyd. These will allow you to move your viewpoint up or down. You will see as you move down the Z levels that your game will start to cut off the objects and terrain from above.

By selecting a Z level, you can tell your settlers which level you wish to be mined out. As you can see in the image above, I have made my way to the 7.5 layer of the game. There are 16 levels in total, split in half. I simply started digging into the side of a mountain here. As you can see I have already designated some certain layout to be mined. We will get to that shortly.

Another way to quickly navigate through the Z levels of the game is to hold the CTRL key and scroll with the scroll wheel of your mouse.

How To Mine and Create an Underground Base

As we will be mining into rock to create our base, we can completely ignore the building menus for now. All we need to do is focus on Z levels/layers and the Mining command. First of all, find the level you want to start mining at. If you are on the surface and want to dig down, simply mine out the top layer of dirt. For me, I prefer to start on a Mountains map and dig into any large mountains I see. Once you’ve found the area, select the mine action. This is the icon on the bottom right of the UI which looks like a pickaxe.

You can see the icon circled in the image above. Now navigate to the layer you want to mine out and click and drag your mouse to where you would like to mine. To begin with, I started with a straight line through the middle of the mountain. I then built rooms off of that. You can only mine out what your settlers have a path to. If you are trying to mine a hole straight down chances are your colonists won’t be able to reach down there. You will have have to build stairs sometimes in order to reach lower levels.

One of the best parts about creating a base underground is that you can always find new levels to dig onto. You can easily dig out one block higher. This way, you can create a staircase and you immediately have access to another layer. Before you can create a staircase to another level, you will have to mine that level out. For example, if you want to mine down one level, you will have to set your Z level one lower and select that area to be mine. You will then be able to place down a staircase leading down there.

Once thing you will need to keep in mind when building at lower levels is structural integrity. You will have to make sure to build supports if you are chipping away at lower levels. If a stone floor does not have the necessary support it can collapse. You can keep this from happening by building smaller rooms, no larger than 3 blocks wide, or by using Wooden support beams. Once the first architecture is researched under the research tab, you will unlock this. You can check out this guide to find out more about Going Medieval’s research system.

This adds structural integrity to the roof above it and allows you to create larger rooms without having a cave-in. Check out the image below where you can see that my entire base collapsed as I was not creating support beams or any columns as I dug.

Finishing Off Your Underground Base

As the best part of the base is the protection it offers, you’ll have to finish off that entrance with a nice defensive building! Another important thing to keep in mind what while building an underground base is great for a lot of reasons, there are some downsides. One of the major downsides to an underground base in Going Medieval is the lack of food. As most of your food sources are found above ground, you will have a hard time staying underground. Eventually you’ll have to bring your settlers up to hunt or farm crops. It is a good idea to ensure you have a safe area above ground in order to grow food. There are no foods that grow underground.

For my underground base I’ve created this large stone wall with a gate. It provides a small courtyard where crops can be grown and a highly defend-able front entrance. As there is only one entrance to the underground base, I cannot be attacked from any other side. Make sure you keep that in mind when you create an underground base as if they breach your front entrance, you will have nowhere to escape to!