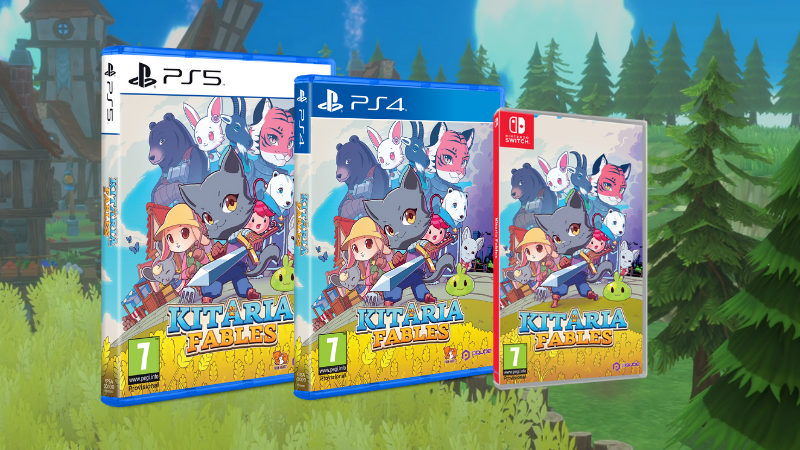 Fans of upcoming farming RPG title can rejoice today as the game finally has a release date! We first covered the anticipated title in an article on the 31st of March. You can read all about the game in that article if you’re new to it. In short, Kitaria Fables is a charming, ambitious Action RPG game with farming elements. Thing Stardew Valley meets Zelda.

When is the Kitaria Fables Release Date?

Kitaria Fables release date is on the 3rd of September, 2021. The game will be released on the PlayStation 4 + 5, Xbox One + X, Nintendo Switch and for PC. The game will release on all platforms on the same day. Great for those who do not want to wait!

The game will release on all consoles digitally. A physical version of Kitaria Fables has also been announced for the PlayStation versions of the game and for the Nintendo Switch. We are not yet sure if a physical version for the Xbox consoles are in the works but the physical versions that area available look great! You can find them on Funstock. The physical Funstock edition also come with a keychain and 6 art cards with the game! Personally I think the price is an absolute steal at 29.99 Pounds (~$42USD)

Keep in mind that this is a limited edition of the game so the quicker you get in to secure your copy with bonuses, the better!

What is Kitaria Fables?

To put it plainly, Kitaria Fables is a cross between an Action RPG and a simulation farming game. You will mix the action up between going on quests and finding crafting materials and coming back to the town to grow plants on your farm. There is a main hub town known as Paw Village where you will spend time getting to know the locals. Purchase new equipment from the blacksmith, trade with the trader and sell your farmed goods. The game looks to be a great blend between tense combat and a chilled farming experience. The best part is the game is fully couch-co-op compatible! Whatever platform you’re on, bring a friend for the ride! As noted on the Steam page for the game, it will also support Steam’s Remote Play Together feature. This allows you to play couch co-op games online with anyone on your friends list. I’ve tried it with another couch co-op game and found it works really great! You can check out the trailer below for Kitaria Fables from the official channel from publisher PQube.