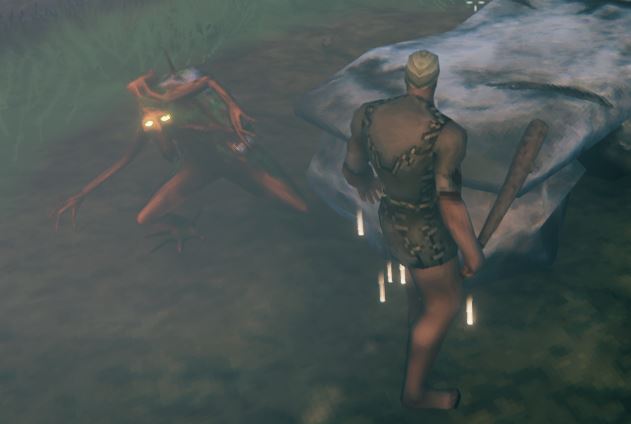 Valheim is a great new Viking game which launched into early access this month. With a million things to see and do it can be easy to get lost in all the little details and controls in the game. One of the things you are able to create, along with weapons and structures is a nice set of armor. Once you have created this armor at the workbench, (and later on the forge), you can equip armor in Valheim by right-clicking the armor once it is in your inventory. Armor, will still take up one slot in your inventory when it is equipped and there will be no difference in weight when the armor is equipped.

How to Create and Upgrade Armor

Some of the first armor you will be able to create, is leather armor. You will have to hunt down a few boars and deer to craft your first armor sets but trust me when i say it is worth it. Hunt down, and possibly tame and domesticate some boars, and gather up lots of leather scraps. You can use these at the workbench to make basic armor. Once you have the armor, simply get it into your inventory and right-click on it to equip it.

How to Repair Armor

As I’ve previously written about, you can also repair your weapons and armor at the workbench as well. Do not throw those old things away just because they’ve hit 0 durability and are flashing red. Repair your armor at the workbench by pressing the small hammer icon located on the left side of the Workbench UI. You can’t choose what you repair but you can simply press the repair button as much as your want in order to fix everything in your inventory. Repairing items is free in Valheim and there is no penalty or materials used when repairing. Repair to your heart’s content!

How to Get New Armor in Valheim

The way the crafting works in Valheim is that to unlock a new recipe, you will have to find at least 1 of all of the items needed to craft it. For example if I wanted to craft a stool and needed 10 Core wood and 6 resin, I will have need to have picked up at least 1 Core Wood and 1 Resin to learn how to make the chair.

This is no different with armors. If you want to unlock new armor and find new recipes simply just go around picking things up and advancing your game until you get new armors. After you have defeated Eikthyr and have access to a pickaxe, you will be able to mine copper and tin. Without going into too much detail you can craft bronze out of these 2 materials and get into a new set of armor. Keep playing, exploring and collecting and find yourself a new armor set today!

In Valheim there are 4 different pieces of armor your character can wear at the same time. You can only have one of each item on at once. For example you cannot wear a leather tunic under a breastplate. All of the armor pieces are pretty self explanatory. The first of which is the Torso piece. There are a few different names for the pieces you can wear on the body/torso from tunic to breastplate. The second is the legs area. You will start off with pants and work your way up to wearing metal greaves and some heavily armored pieces later on. Next we have the helmet. Obviously, the head piece. Valheim has some really well designed and interesting helmets to discover and craft. The last piece is the Cape. You can craft and wear your own cape in Valheim. These will mostly provide very little defense when compared to other armors in the game but apart from looking neat can have some cool bonuses.

Some armors also have a set bonus like the troll armor. For example if the player is wearing a troll hide hood, tunic, leg armor and cape they will get a 25% bonus to their sneaking ability. Sneaky sneaky.

There are many different armor types to go and discover in Valheim. What is your favorite so far? I’m personally rocking the wolf armor and Lox cape and working my way up to crafting a Drake helmet. Let me know down below what you’ve got for Viking chic.

Related: How to Tame Boars in Valheim | 3 Powerful Weapons in Valheim and How to Get Them