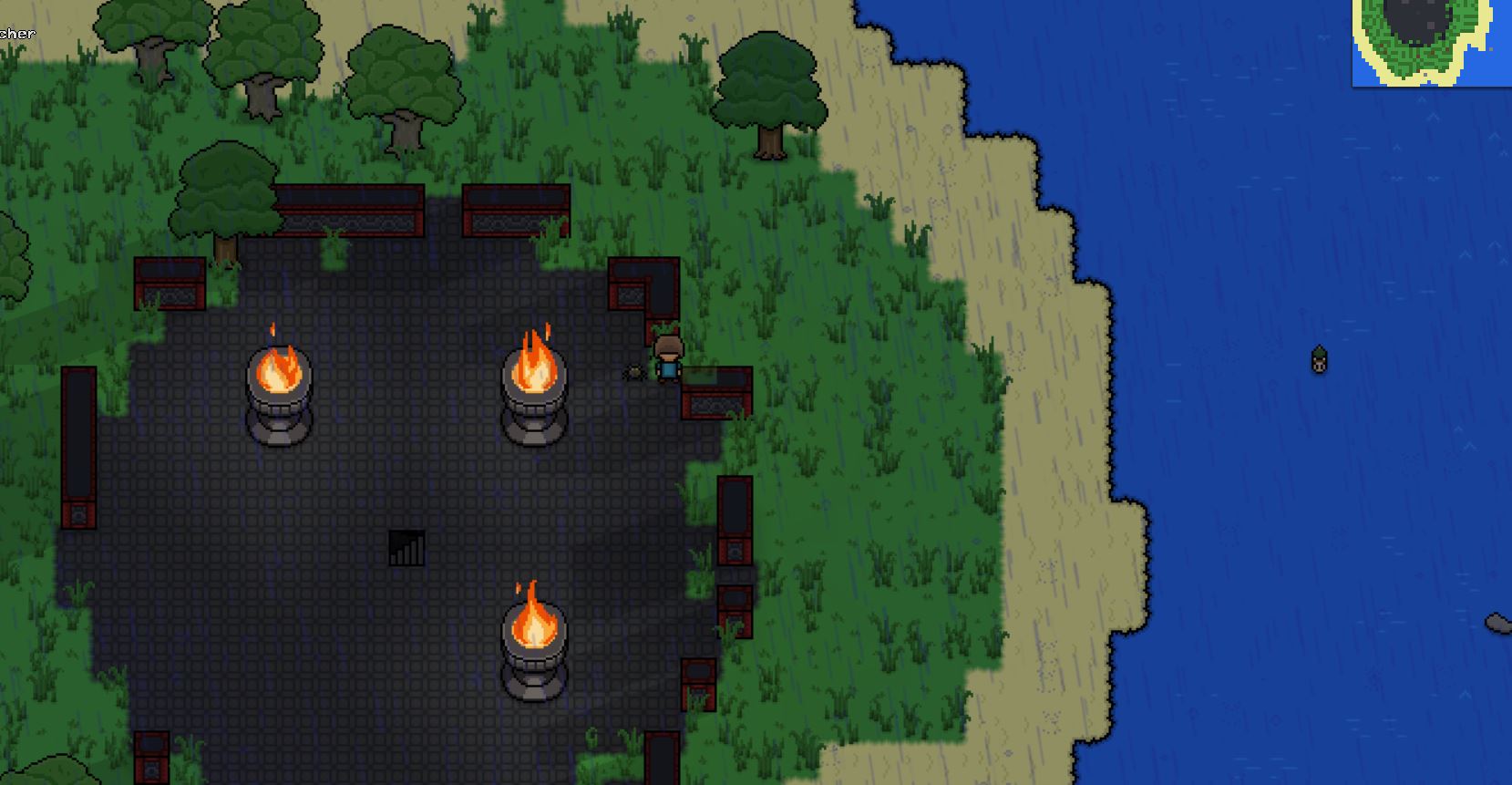 Once players have gotten through the first few quests in Necesse they may find themselves with the quest to take down the Void Wizard. This difficult boss will be quite a challenge once the player eventually has to face it.

What is the Void Wizard?

The Void Wizard is the third boss in Necesse if the player is fighting the bosses in order. Chronologically, the player will face Evil’s Protector, Spider Queen and then the Void Wizard. This is the order boss quests will be given by the elder. Once you have finished the Spider Queen fight there will be some minor quests to complete before you are given the quest to face off against the Void Wizard.

The Void Wizard is an extremely powerful mage which will hurl spells at the player. There are a few tricks up his sleeves when you battle him. Not only will this enemy shoot spells towards the player the entire fight, there is also a phase where the void wizard will make three duplicates of themselves to trick the player into attacking the wrong one.

How to Find the Void Wizard in Necesse

In order to find the Void Wizard, the player will have to find a Dungeon. These areas are not like the underground where you mine stone and copper. These are dangerous dark places. To find a dungeon, you will need to locate a specific type of island. The islands are called simply Dungeon Entrance. Travel to different islands until you have found one of these. They are a small island with some braziers and a set of stairs leading down.

Beware when you approach a dungeon entrance as they are usually guarded by void apprentices. These enemies are a less powerful version of the void wizard. They attack using ranged spells and will disappear when hit with ranged attacks. You will have to get up close and personal to deal with them. Once you have found a dungeon entrance ready all of need and head down.

Once you are down in the dungeon you will have to find a second staircase in order to get to the Void Wizard. Head through the tunnels of the dungeon and find this second set of stairs. You will have to defeat enchanted zombies and a large amount of void apprentices whilst you are down here so make sure you have some decent weaponry and armor. I’d personally recommend crafting the Void Spear and having a couple of summons as well.

Once you have found the second staircase you will be in the room where you face off against the Void Wizard. He will be in a large open room filled with many dungeon torches. The Void Wizard does not have any dialogue and will not even attack the player to begin with. The fight will not start at all until the player decides to strike this enemy.

That;s it! You’ve finally found the Void Wizard. Now all you have to do is face off against the third boss and return back to the elder in your settlement once you are done! Once the player has defeated the Void Wizard they will not respawn in this location. They will have to craft the Void Caller item and use it on the bottom floor of the dungeon to repeat the boss battle.