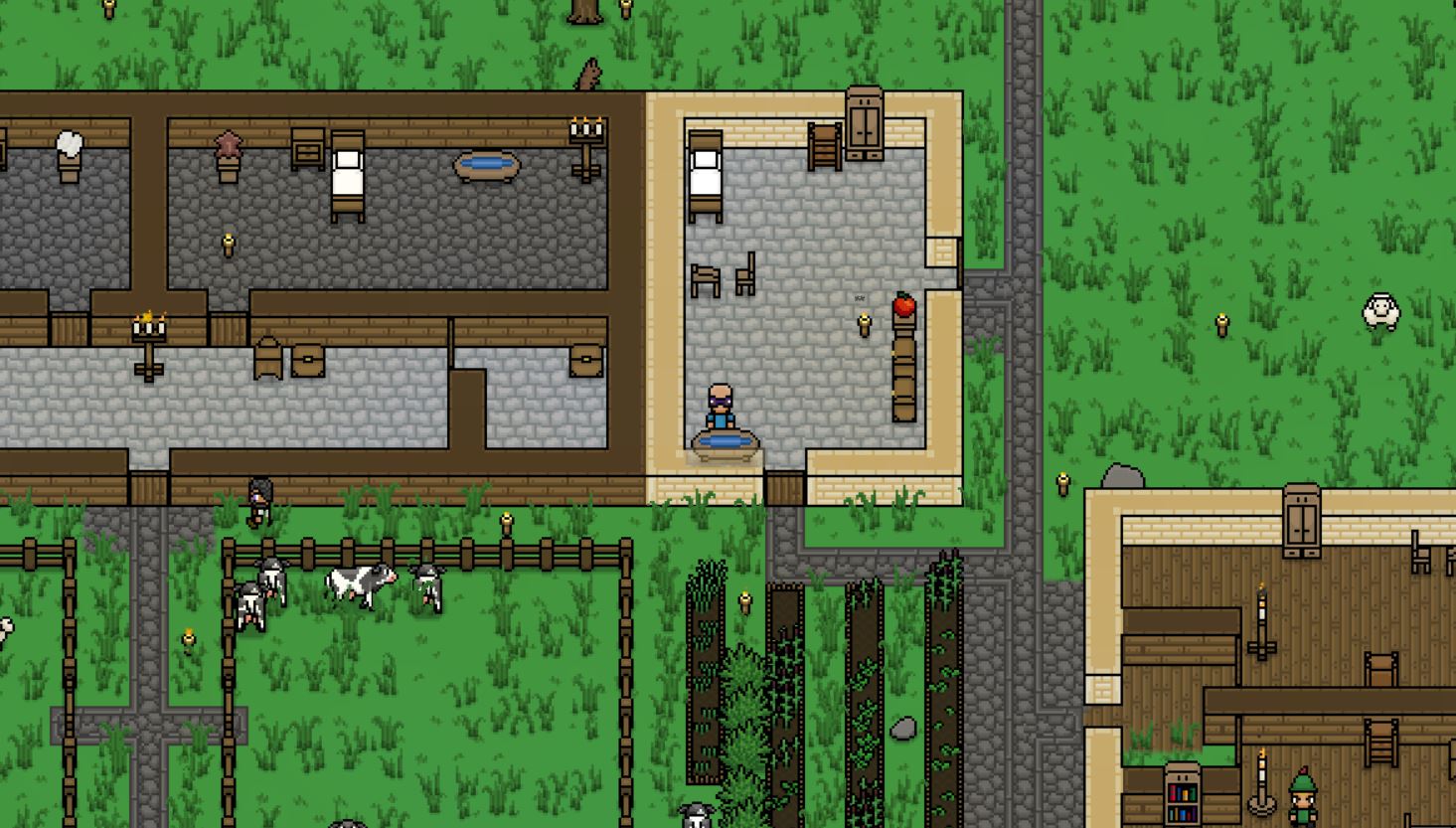 Having spend over 40hrs at the time of writing in Necesse, I fell obligated to write a review about my experience with the game. Before we get into the nitty gritty, I’d like to point out that at the time of writing I have not completed all content currently available in the game, although I have experienced a lot of what the game has to offer. (Settlement Building, Multiplayer, Boss fights, crafting.)

This review will aim to give you some insight into some of the things Necesse does great and some of the areas that could still use some improvement. Everything expressed in this review is entirely my opinion as a regular guy who likes games. My copy of Necesse was purchased at full price from Steam.

In an early access market filled with survival crafting games it can be hard to separate the small half-arsed money grabs from the passion projects. Before getting into the review, I know a lot of people have doubts on games based on the ‘Early Access’ tag. Spend enough time picking through Steam and you will find an entire community of great passion projects in the early access program. Small developers have a chance to grow their project and sell their unfinished game to supporters who believe in indie developers. So is Necesse one of these passion-filled projects?

I really think it is.

So What is Necesse?

Necesse is a top-down adventure sandbox game developed by a solo developer. Mads has been working on the project alone since 2012! From first impressions the game draws many parallels between games like Minecraft, Terraria and even Rimworld in it’s settlement design. Along with the art-style similarities, the gameplay loop also is quite similar to Minecraft.

While Necesse may seem relatively simple at a first glance through the basic concept of hit tree, get wood, build tools, I found an intriguing amount of depth in this top-down procedurally generated adventure.

There a really rewarding amount of mechanics and systems in place that will slowly become apparently the longer you play the game. You can find yourself adventuring though the lands discovering new islands or digging out a cave in search of precious resources.

Those interested in combat can also find themselves a unique challenge in the game’s many boss fights. Necesse really has a lot packed into this low price tag. One of the best parts of all of this is that you can bring a friend along for the adventure as well. It is even as simply as sending them an invite from in-game on steam.

While I myself and not overly fond of pixel style graphics in games, I found the aesthetic to suit Necesse’s charm quite well. Very clearly the lack of over-the-top graphics and physics is what really allows the developer to include rather deep mechanics in a game. Check out Project Zomboid for one of the best examples of this.

Don’t let the graphical style fool you at all. This game is not for the faint of heart. The boss battles are difficult and rewarding. You really will feel a sense of achievement after taking down your first boss in Necesse.

Combat and movement overall are very smooth, fluid and easy to get into. You control your character with the WASD movement keys and can aim and attack using the mouse. There are a range of different tactics you can employ within the game. Drink potions to give you the edge over the enemy, fight from range if you find getting up close and personal isn’t an option. If you want you can grind materials and craft powerful melee weapons and armor.

You aren’t locked in to any build or play-style at any point either. There are no stat points and every stat bonus or boost applied is from equipment you equip. In fact, you will probably find you cannot keep the same play-style the whole game. As enemies differ you will have to work on your tactics as well. Some will require you to move faster to evade attacks. Some enemies will require you to get up close and personal with attacks.

Creativity and trial-and-error are both essential to getting through all of the game’s content.

As aforementioned the game features a rather unique mechanic for single-player adventure games. The player has the ability to run their own settlement and recruit NPC settlers. This isn’t just about making houses The Sims style either. (Although I really do enjoy going to the effort of making little houses for my settlers!) These settlers will also work for you and help you gather and craft materials.

After you have successfully recruited settlers to your island, you can have them get straight to work by assigning them to a forestry zone. Settlers will cut down trees for wood and automatically replant new ones creating an infinite source of wood. I personally love the fact that the developer created a system to avoid one of the most monotonous tasks in any survival crafting game. The ability to automate these tasks is really rewarding.

Even setting up and paying the villagers to come and join is worth it. One you have a bunch of tasks set up you can automate; cooking food, harvesting wood, hunting animals for food, farming crops and livestock and even fishing! Depending on the settlers you recruit they may even be able to sell you items useful for your adventure.

This is really one of the big selling points for me. Think Fallout 4 settlement building but instead of having a bunch if useless NPCs to look after, they actually go out and take some of the grind out of the game for you. If you are someone who actually likes the grind in the game then no problem! Necesse does not force you to create a settlement and hire NPCs to live there. It simply gives the player that option.

All of the basics of settlement building, jobs and work zones are there already. I’m sure the developer has more plans to further develop this aspect of the game but for now all of the basic concepts are there and work just fine. Another cool aspect is that not all NPCs will be available right off the bat. There is a progressions system where you can only unlock certain NPCs for your settlement once you’ve reached a certain point in the game. I really like the grind to reach these points and the fact you’re not just given everything for free.

Is Necesse Worth It?

All of the game’s content can be completed at whatever pace you wish. If you and a friend want to sit back and enjoy the building mechanics, so be it. Necesse is a fantastic example of how the early access system on steam can be a good thing. The game offers a great amount of content for what it is at the moment, a lot of passion has clearly been put into this game and it shows.

If you’re someone who enjoys crafting games and like the freedom games like Minecraft and Terraria give you with building and creativity then I would absolutely go for it. Necesse is a highly enjoyable game and really shines when building up a community and going on adventures with friends in seamless internet multiplayer.

Through my time personally with the game I’ve highly enjoyed the rewarding grind. The combat is fluid and doesn’t feel like I was ever unfairly taken out. All of the systems currently in the game work great and the inclusion of multiplayer gives it real Valheim energy when playing with friends.

Try the game out if you are interested in the genre and help out a genuinely heart-filled game. I will continue playing Necesse and am excited for what the future brings for the game. I have no doubt the game will take off once it gets the right amount of publicity and rightfully so.

If I’d have to say some of the things I’d like to personally see from the game in the future it’d be more fleshed-out quests, in-depth NPCs, such as relationships, age and personality and more biome variation.